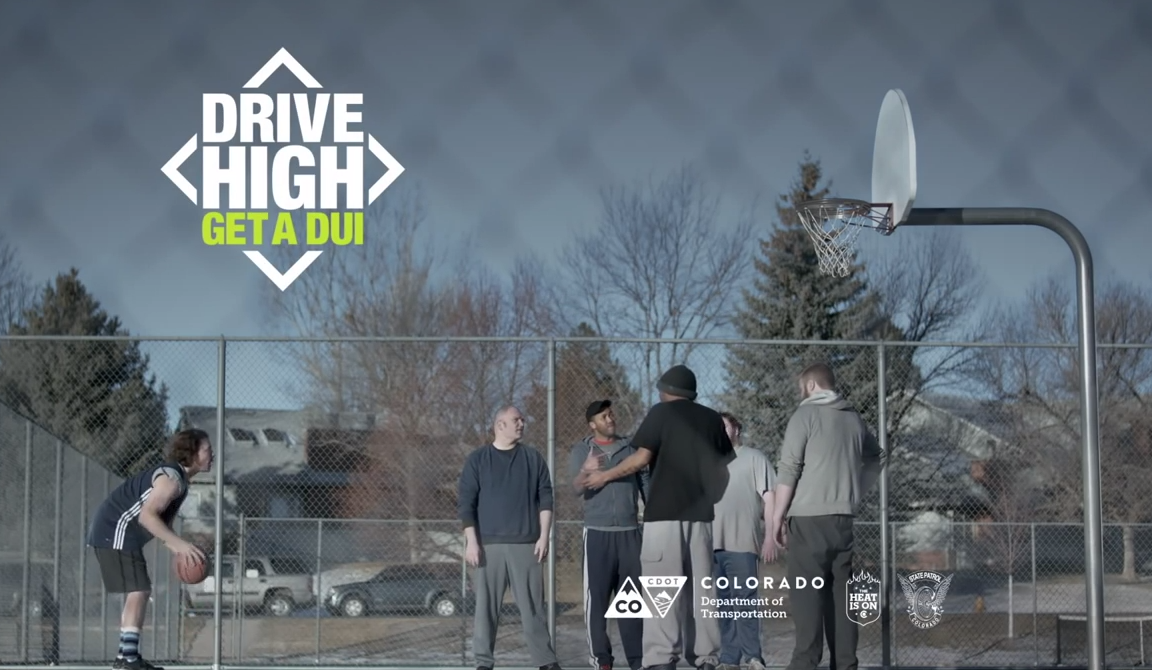 In March 2014, CDOT (The Colorado Department Of Transportation) launched a series of three PSAs to educate the public on marijuana impaired driving. The main message of these PSAs is that if you drive high, you can get a DUI.

TMZ, is reporting the state of Colorado received $2 million from it’s new marijuana tax in January since the marijuana law became effective.
(image:TMZ)

Colorado made history this year by becoming the first state to sell marijuana to anyone over the age of 21. At a press conference this afternoon, the Colorado Department of Transportation (CDOT) made history again by announcing the launch of an education campaign targeted at drivers about the dangers of driving under the influence of marijuana.

The official kick-off of CDOT’s new Drive High, Get a DUI campaign includes a series of television commercials that will air during shows targeting males between the ages 21-34, who tend to have the highest number of DUIs. There will also be widespread outreach to rental car companies and dispensaries to inform tourists and marijuana users about marijuana driving laws in Colorado.

“Before beginning the campaign, we did extensive research about medical and recreational marijuana users’ perceptions of marijuana’s effects on driving,” said Amy Ford, CDOT Communications Director. “We heard repeatedly that people thought marijuana didn’t impact their driving ability, and some believed it actually made them a better driver. The Drive High, Get a DUI campaign takes a neutral stance on legalization, and will focus awareness efforts on impaired driving laws in Colorado.”

In September 2013, CDOT conducted a phone survey of 770 Coloradans on their attitudes and behaviors related to marijuana and driving. About two-thirds of marijuana users consumed it at least once a month, and 28 percent of users were partaking daily. Twenty-one percent of respondents who said they used marijuana in the past year had driven a motor vehicle after consuming marijuana within the past month. Those who drove within two hours of using marijuana did so 17 times a month, on average. Those who had used marijuana in the past year were half as likely to think a person would get a DUI if they drove within an hour after using marijuana as compared to those who had never used marijuana. This also highlighted the need to educate drivers that if they drive high, they can get a DUI.

“As Coloradans now have more access to marijuana, we want them to be aware that law enforcement is trained to identify impairment by all categories of drugs and alcohol,” said Col. Scott Hernandez, Chief of the Colorado State Patrol. “Drug Recognition Experts are highly trained law enforcement officers who can detect the impairment of drugs and today we celebrate the graduation of more than 20 new DREs in the state.”

To create a well-rounded and informed campaign, CDOT has been working with the Marijuana Industry Group, who has provided an industry perspective and helped establish relationships with dispensaries that can distribute materials.

“We have been providing CDOT with a voice from the marijuana community,” said Michael Elliott, Marijuana Industry Group Executive Director. “We want this new industry to thrive, and the best way to do that is to ensure marijuana users and the industry understands the laws and regulations, and consumes marijuana responsibly.”

The primary goal of the campaign is to inform marijuana users about the drugged driving laws in Colorado. Here are some quick facts that everyone should know: