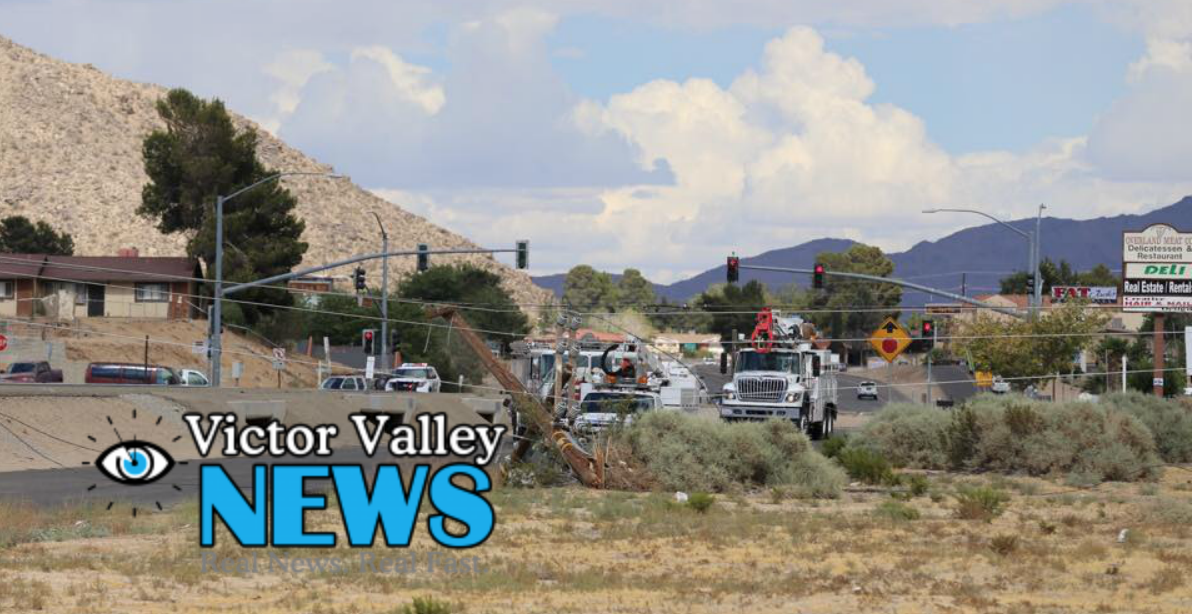 APPLE VALLEY-(VVNG.com):  At approximately 3:20 p.m. on Friday, June 12th dispatch received the report of a traffic collision which caused power lines to be down in the roadway on State Highway 18 west of Tao Road.

Numerous Apple Valley and some Victorville residents reported outages soon after the collision.

While the deputies were responding to the call a brush fire started where a power line had collapsed. Emergency personnel from the Apple Valley Fire District, Southern California Edison, Charter Communications, and Verizon responded to the scene to assist. Once deputies arrived on scene they had to shut down eight separate roadways to protect the emergency personnel and control safety at the location.

While emergency personnel were tending to the hazardous situation, members of the Traffic Enforcement Division from the Apple Valley Sheriff Station began their investigation. It was determined that Ellis Mack, a 55-year-old white male adult from Brookland, Arizona, was driving 2014 Peterbilt Truck with an oversized load east on State Highway 18 west of Tao Road. Mack’s oversized load struck a low hanging Verizon and Charter Communication power line. Due to the strike to the line it caused damage to two Southern California Edison power lines, one collapsed completely.

Due to the immediate response from the sheriff’s department and emergency personnel nobody was injured from the incident. Currently the cost of the damage is unknown. State Highway 18 reopened at 10:00 P.M.

[box type=”note” align=”aligncenter” ]The San Bernardino County Sheriff-Coroner’s Department prides itself in protecting the citizens and urges anytime a person observes a power line down to not approach it, walk under, or touch the line, but to immediately contact law enforcement.[/box]