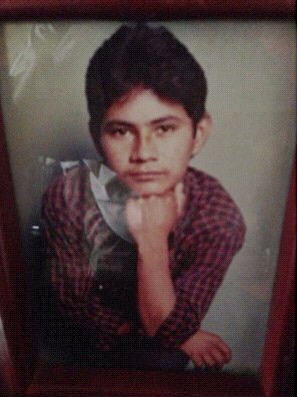 NEWBERRY SPRINGS: (VVNG.com)- Cold Case Detectives have arrested a suspect in the 1992 murder of Fidelmar Garcia who was found shot to death on the side of Newberry Springs Road, two and a half miles east of Old National Trails Highway on January 12, 1992.

In 1992, numerous family, friends, and witnesses were interviewed regarding Garcia’s murder. For several years, Garcia lived in the United States for 9 months during the harvest season and Mexico for three, during the off season. Garcia worked in the fruit fields in Arvin, to support his wife and child in Mexico.

On July 3, 2014, the Sheriff’s Department’s Cold Case Detectives reopened the case. The detectives identified, located and interviewed numerous witnesses, which resulted in evidence identifying the suspect, 49-year-old Gabino Mondragon Morales, a resident of Phoenix, Arizona as a suspect in this murder. On October 8, 2014, cold case detectives traveled to Phoenix, Arizona and interviewed Morales. At the conclusion of the interview, Morales was arrested and booked into the Maricopa County Jail for the Murder of Fidelmar Meza Garcia. Morales was transported back to San Bernardino County on Thursday, October 16, 2014 and booked into the West Valley Detention Center.

The investigation is ongoing and anyone with information regarding this incident is urged to contact Detectives Jerry Davenport or Rob Trostle at (909) 387-3589. Callers wishing to remain anonymous are urged to call the We-tip Hotline at 1-800-78-CRIME (27463) or you may leave information on the We-Tip website at www.wetip.com.