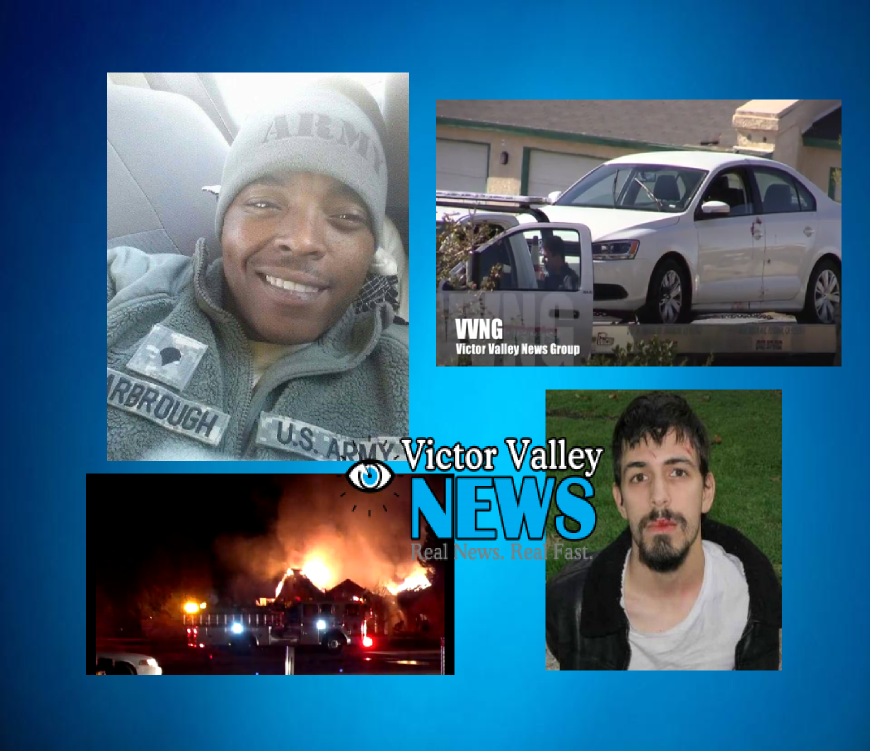 APPLE VALLEY-(VVNG.com): Two men were arrested Wednesday, January 28th and Thursday, January 29th in connection with the cold-blooded shooting murder of Army National Guard Spc. Daniel Yarbrough. Yarbrough had been invited to the home of a man, who was considered his best friend at the time for dinner, bible study and a movie. Unconfirmed reports believe that Yarbrough was told by one of the suspects where to park his vehicle that night, the last night well-loved Spc. Yarbrough would be seen alive.

The shooting took place near the apartment of Wesley Elijah Swank, 28  also a soldier at the time and the self-proclaimed best friend of Yarbrough. The September 29, 2014 shooting for quite a while had no leads

that the investigators were able to share with the public. According to family, Swank was around family, assisting with the funeral arrangements, even acting as Pallbearer.

I’m Daniels sister and I’m so happy that my brother finally has justice today. It has been a long and stressful four months and I’m still in shock that this was suppose to been his so called best friend. When I got the call I just cried, it hurts so much and at the same time I’m grateful for the police work. I  thank God they are in jail, I cry everyday and night. These two men just don’t know what they have done to my family. And just to know he was at his funeral and shook my hand telling me how sorry he was and cried its crazy, said Feticha Oliphant on the Victor Valley News article.

The second arrest was of Wesley Swank’s 20-year-old brother, Logan Swank was made on January 29th. Unconfirmed reports tell our reporters the crime had to do with an insurance policy, the exact circumstances are unknown, but it is believed that there are some forged documents also involved. The Swank family also have a treacherous past filled with abuse;  sexual, physical and mental. Their father, Richard J. Swank, a former school psychologist from Apple Valley was found guilty of charges of beating and sexually abusing his son for most of his life, starting at the age of four and ending when he left home at 18 years of age.

until he left home at 18 years of age. The unidentified victim, now approximately 28-30 years of age, told the jury that he was beaten almost daily, forced to stand in the corner for hours, was forced to sleep on the floor in handcuffs.  He was  fed table scraps, never being allowed to use utensils. The victim went several days without eating and would resort to eating dog food, digging in the trash and drinking his own urine because of dehydration.

Per case documents in the case of PEOPLE v. SWANK, testimony also included siblings of the victim describing torture including vice grips to the groin as well as other stories confirming the abuse.  The man, at the time a decorated soldier who served over a year in Iraq,  gave his victim impact statement bringing the courtroom to tears. The victim, born ill, with a birth weight of only 4 pounds full term was in the hospital for 8 weeks. The mother, stated that because of that he acted as if though the child was not his. He would make comments saying that he had been switched at birth and often referring to him as an “abomination”.

The family, who had 16 children, all of whom were forbidden from playing with the abused child with threats of punishment. Even the child’s mother was not allowed to interact with the child unless his father was not around. The child never was allowed to be in family pictures and when all the other children received Christmas gifts all but that child received gifts. The child, according to court documents was forced at times to wear a dress and be called “Michelle”.

Richard Swank was praised as a writer of the books Shadows of Paris and Simon’s Shadows, many saying that his books gave abused children a “voice”.

years plus life in prison. Since sentencing Swank has put in several appeals, the last, per court records, being in August 2013. The home where the abuse took place, in the 16600 block of Navajo Road, was the recent location where two fires took place on the same day on January 18, 2015. The suspicious nature of the fire lead investigators to believe the fire was likely an arson fire.

It is not certain if one of these brothers were the subject of the abuse, or if their horrific childhood could have even lead to their alleged involvement in September 2014 murder. Regardless, the shooting murder of Spc. Daniel Yarbrough has left family and friends heartbroken over the senseless murder that can only be attributed to greed.

Wesley Elijah Swank is being held on murder charges at the Adelanto Detention Center. He is being held in lieu of $200,000 bail. He is scheduled to be arraigned in the Victorville Superior Court on February 2, 2015. There is no information regarding the arrest and or upcoming court dates for Logan Swank, information will be updated as it is received.