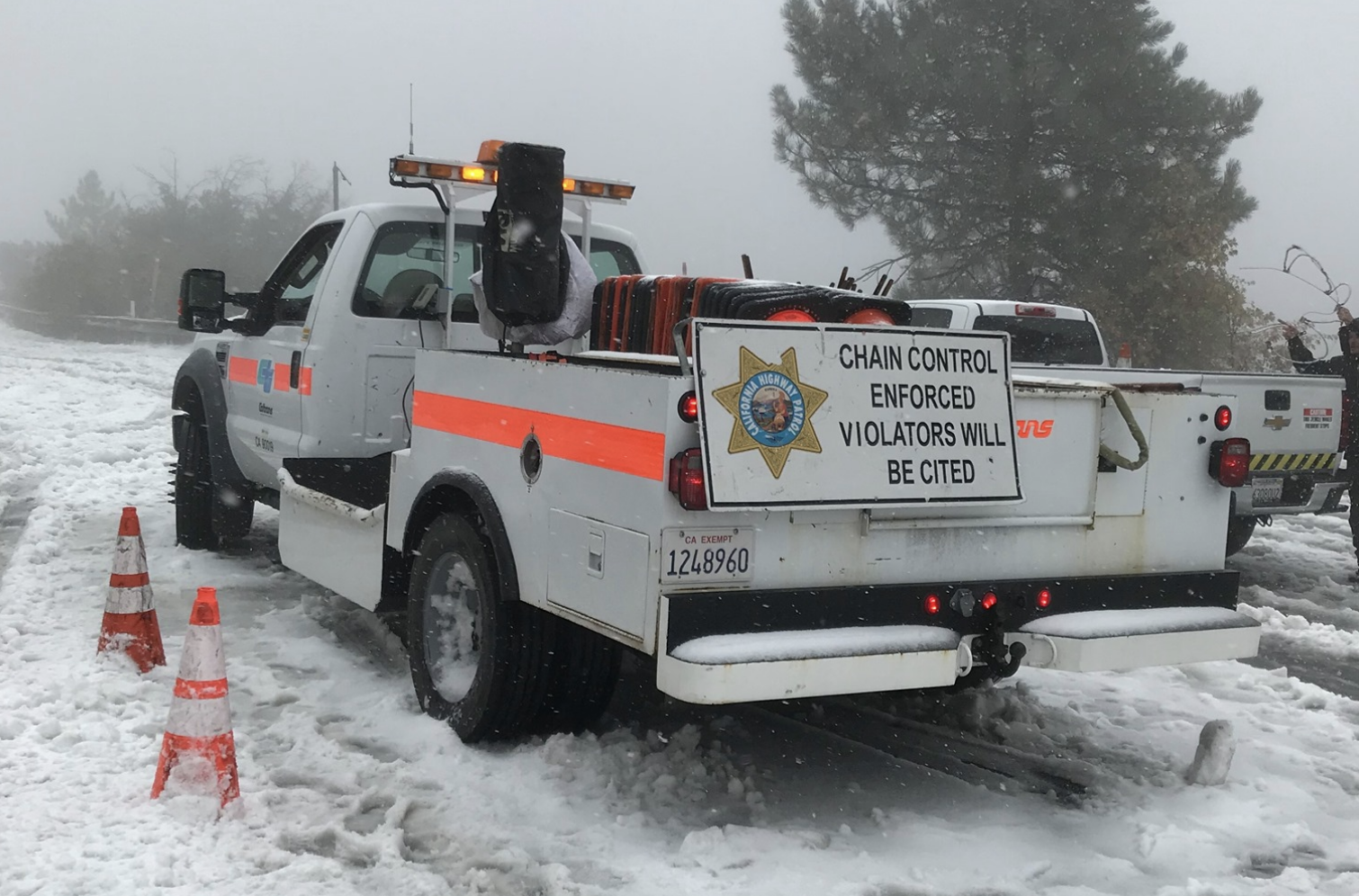 SAN BERNARDINO, Calif. (VVNG.com) — A weekend storm will bring much colder temperatures, strong winds, rain, and even snow in the local mountains.

According to the US National Weather Service, a strong cold front will move into the area Friday night and Saturday morning with widespread rainfall. Wind gusts up to 60 mph with blowing dust along the mountain passes and desert slopes are to be expected on Friday.

NWS officials said a second cold system will move in on Sunday that will bring moderate to borderline heavy rain and it will remain breezy.

Areas above 5,000 feet in the San Bernardino Mountains will wake up with snow on Saturday and will accumulate above 6,500 feet. A Freeze warning is possible in the High Desert for both Monday and Tuesday morning.

Caltrans officials are warning motorist planning a trip to the mountain regions to bring chains. “Up to a foot of snow is projected for San Bernardino and Riverside mountains this weekend. Chain installers will be on site. DO NOT chain up in traffic lanes – use designated turn outs,” stated the agency.

People planning on heading to Big Bear are advised to use State Route’s 18 and 330. Avoid using SR-38 due to possible rockfall and mudflows in the El Dorado burn scar between Moutain Home Village and Barton Flats.

The I-15 Pavement Rehab in Fontana scheduled for this weekend was canceled due to the storm activity, officials said.