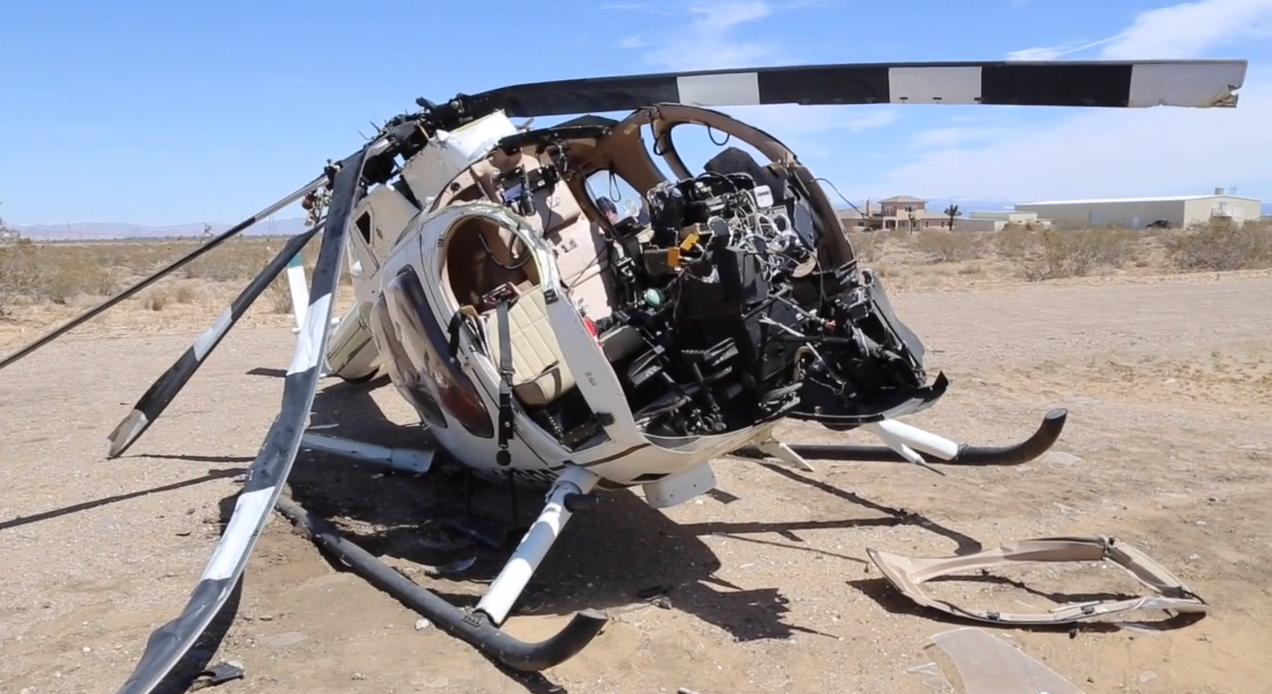 ADELANTO: On Sunday, April 27th, 2014 at approximately 12:51pm a civilian helicopter crash in the desert along Poppy Road and Piper Way, northwest of Highway 395 and Highway 18 was reported.

The helicopter was said to have just left the Adelanto Airport, shortly after take off the MD600N helicopter began to spin then it crashed and rolled over to it’s side.

The pilot was airlifted to Arrowhead Regional Medical Center in Colton for treatment of a head injury. The other pilot and passengers suffered minor injuries.

The accident is currently under investigation by the National Transportation Safety Board, the Federal Aviation Administration and the San Bernardino County Sheriff’s Department.