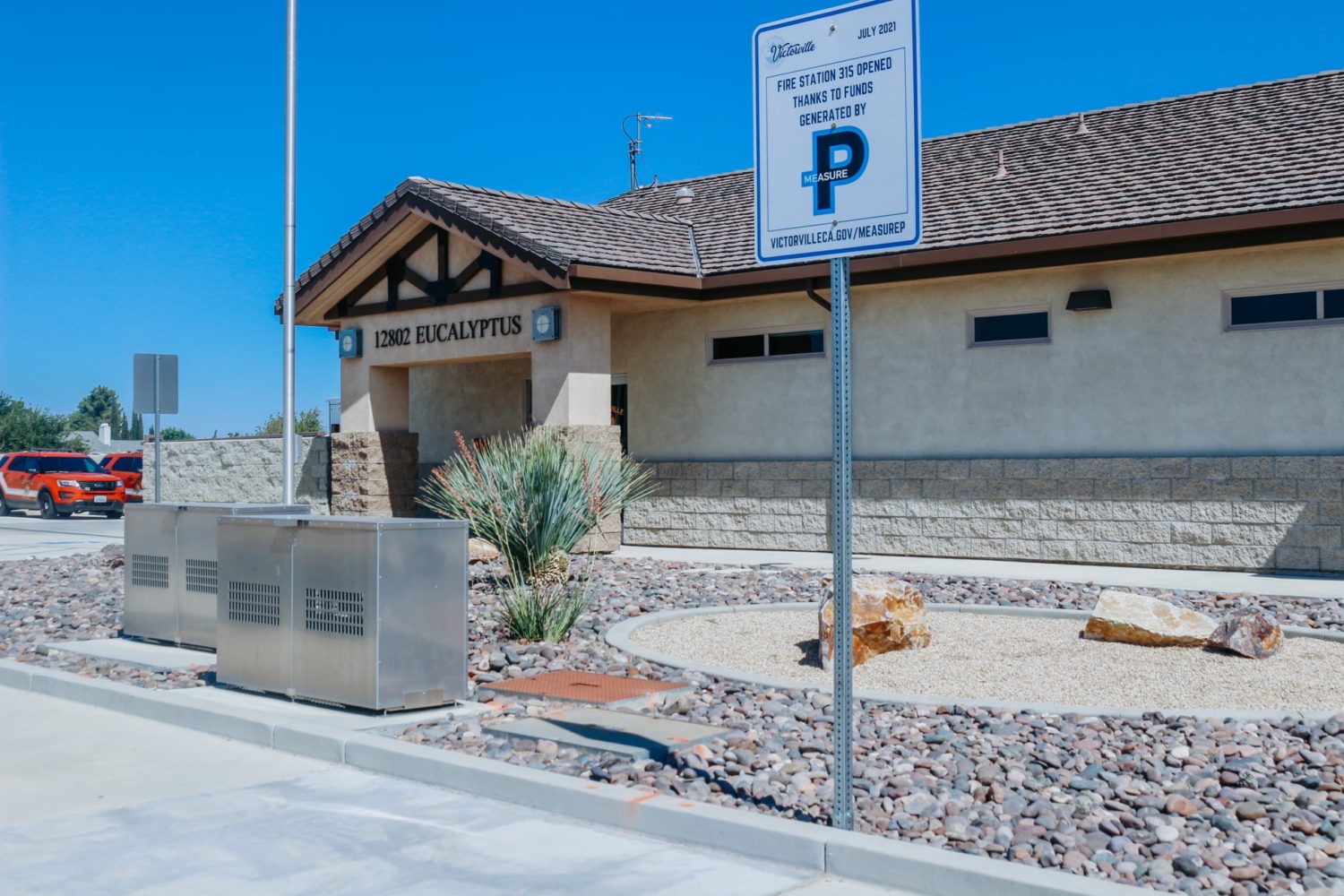 VICTORVILLE, Calif. — The City of Victorville celebrated the grand opening of Fire Station 315 with a ribbon-cutting celebration on Monday.

According to Victorville City Manager Keith Metzler, Fire Station 315 was first envisioned more than 13 years ago by the City’s Fire Chief at the time, Rudy Cabriales and his Operations Chief and future Fire Chief, John Becker.  The two men had the foresight and great smarts to pencil the plans for the satellite station predicting there would be housing development in the nearby area.

Construction of Fire Station 315 began in 2008, but “in a cruel twist of fate” as Metzler describes it; construction was complete in 2009 – just in time for the Great Recession.  Due to financial issues, the City was forced to defer its plans to open Fire Station 315 until now; thanks to new revenue generated by Measure P, the one-cent sales tax approved by Victorville voters in November.

Measure P is expected to generate an estimated $18.94 million this fiscal year.  Of this, $14.02 million was certified by the citizens oversight committee to be expended in the annual budget adopted by the Victorville City Council on June 15.

“We are quite excited to begin fulfilling our promise to invest Measure P revenue to increase essential services and build a stronger Victorville,” said Victorville Mayor, Debra Jones.  “Today, it’s Fire State 315.  Soon, it will be the expansion of our police, code enforcement, animal care and control, and library services that are sure to have a lasting, positive impact on our city.”

The City of Victorville opened Fire Station 315 officially on July 3, which is staffed with six firefighter/paramedics using revenue generated by Measure P.  Opening the satellite station located on Eucalyptus Street has enabled the City to expand medical service to the southwest corner of Victorville where there has been a coverage gap.

Bringing Fire Station 315 online was a priority identified in the Victorville Public Safety Plan approved by the City Council in May 2020.  According to the plan, the population of Victorville has nearly doubled in the past 20 years; and fire and medical calls for service increased by 47 percent since 2011.

“As Fire Chief, there can be no greater priority than being there to render aid when our community needs us,” said Victorville Fire Chief, Jeff Armstrong.  “Opening Fire Station 315 is helping us honor this commitment.  Our Victorville Fire Department stands ready to serve the citizens of Victorville with professionalism and integrity.”

The City will also use Measure P revenue to purchase two Type One fire engines to augment Victorville Fire’s response.  One engine will be assigned to Fire Station 315, and the other will replace aging apparatus in the department’s fleet.

To implement a more proactive code compliance effort, five code enforcement officers and one support staff member will be added.  This effectively doubles the City’s code enforcement presence in order to more effectively address issues of blight, illegal dumping and other nuisance behaviors impacting quality of life for residents.

As part of the City’s broader strategy to reduce homelessness in Victorville, the City is funding the operation and maintenance of an interim homeless shelter at Westwinds Sports Center.  The nonprofit Illumination Foundation began its operations there on the first of June.

Victorville library and recreation services will also receive a boost with the addition of a children’s librarian and two library aides; a new self-service library kiosk; and upgrades to various recreation centers.