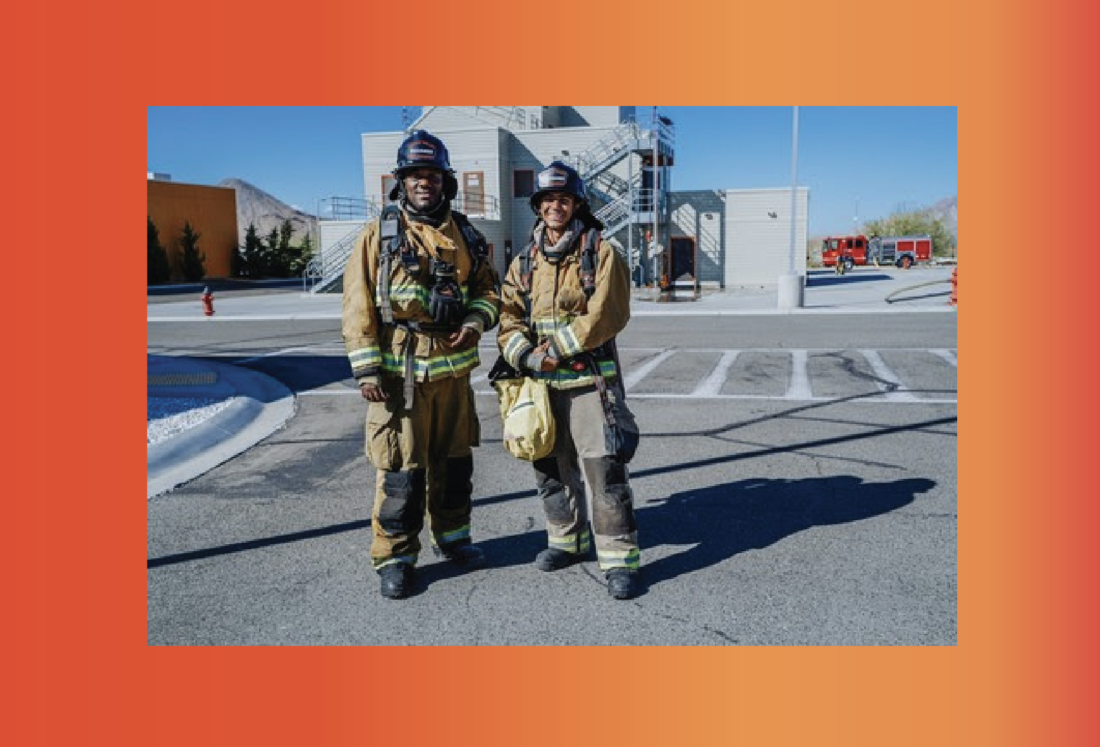 The scholarship recipients, Maurice Buckner and Austin Almendarez, were among 36 candidates who successfully completed the college’s Fire Academy last month.

Buckner and Almendarez each received $4,000 from the City of Victorville to cover all expenses associated with the Fire Academy such as tuition, uniforms, gear, certifications, books, and other fees.

“The City of Victorville is investing in these scholarships as part of a broader effort to attract and retain top talent,” said Victorville Fire Chief Brian Fallon. “We take seriously our responsibility to develop future fire service leaders to provide top quality public safety services for our growing community.”

In addition to the two fire scholarships, the City of Victorville also invested in a full-ride scholarship for one student to attend VVC’s Aviation Maintenance Technology Program in the New Year. The AMT Program prepares airframe and power plant technicians to work for aviation companies operating at the City’s Southern California Logistics Airport including global leaders like Boeing, GE Aviation, General Atomics, ComAv, and more.

The Aviation Maintenance Technology Program operates at SCLA in space donated by the City decades ago. “We’re proud to be a long-time supporter of Victor Valley College and its Foundation. With these scholarships, the City of Victorville is investing in the future of our community,” said Victorville Mayor Debra Jones. “We can’t wait to see the positive impact these talented individuals have on Victorville and the High Desert Region.”

In 1976, approximately 14 years after Victorville was incorporated, control of the Victorville Fire Protection District was assumed by the City of Victorville.

In March 2019, the City of Victorville re-established its Fire Department after contracting fire services for 10 years. Located in Southern California at the high-point between Los Angeles and Las Vegas, Victorville is the leading city for both industry and retail in the High Desert region.

Victorville is a growing, vibrant community that is home to approximately 135,000 residents and some of the area’s largest employers.

Clean air, abundant mountain vistas, family-friendly recreational activities, spectacular sunsets and breathtaking night skies entice locals and visitors alike to fall in love with this city that is within a few hours of SoCal beaches, National Parks, mountain retreats, and other major attractions.