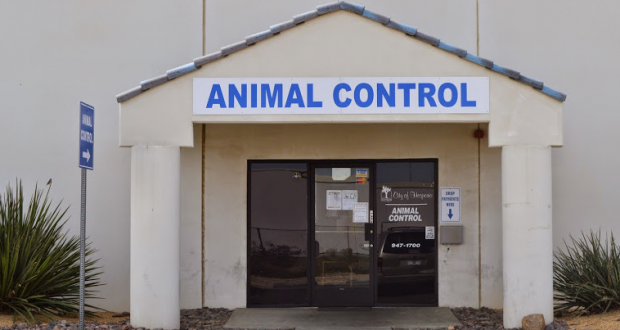 HESPERIA:(VVNG.com)- On February 19, 2015 a short video was uploaded to social media showing a woman, later determined to be a Hesperia Animal Shelter employee, dragging a whimpering dog through the shelter hallway.

The short video sent shock waves through the community and even gained national media attention.

In the video you can see two staff members speaking with each other while the alleged abuse is taking place. No one in the video stops the female employee, who casually drags the dog by his leash behind her and no one speaks up to stop this act of what many referred to as animal cruelty.

On Saturday, February 21st a last-minute press conference held at Hesperia City Hall was called by Hesperia Mayor Eric Schmidt. He started the meeting by saying, “The city council understands the concern expressed by the community regarding the animal shelter video that was posted to social media on Thursday afternoon. This issue is taken very seriously. It has commenced an investigation into this incident. Please understand that until an investigation is completed the city is not able to comment on the specifics of what occurred.

A little over two-months after the shocking video surfaced the investigation has been completed. The Hesperia Animal Shelter posted a message today via its Facebook page:

Posted by Hesperia Animal Shelter on Wednesday, May 6, 2015