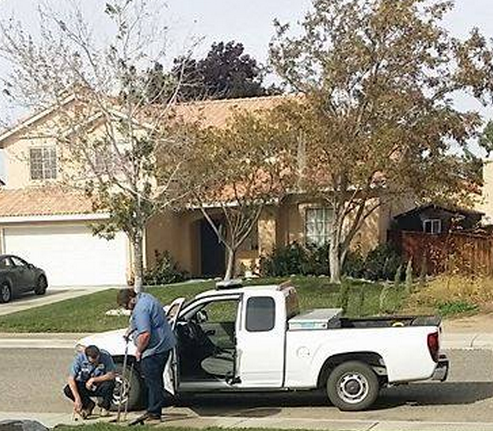 ADELANTO – (VVNG.com)- Over the years, the struggling city of Adelanto has had it’s number of trials and tribulations. Most started in the beginning, when although the Local Agency Formation Commission, the agency that reviews incorporation requests, told the city in 1970 that they did not recommend that they incorporate. The cited the fact that the city simply did not have enough tax revenue to continue to support it self. The majority of residents have concerns regarding the city’s very high water and sewer rates, several accusing the city of money mismanagement causing the steady increases.

The city, after the 62.85% no vote to measure “O”, which would allow a 7.95% utility tax on electricity, natural gas, phone, sewer, water, and cable television. The tax was a general tax, revenue would have gone to a general fund for city use.  The residents, many who are already low-income, with over 50% of the residents receiving some type of public assistance were for the most part outraged at the thought of any increase. Most residents already claim to pay exorbitant water charges along with an over $60 per month sewer charge. “There is a senior and low-income discount, but they make you jump through so many hoops that I do not know anyone who actually gets the discount.” said a resident, that asked to remain nameless.

People in the area have concerns that the water will continue to increase making the lower cost area that they moved to in order to live within their budget, will soon force them out due simply to the unaffordable water and sewer costs. “We had an audit done and found a few hundred, out of about 8,000, meters that were not working at all or had something wrong in how they metered the water. This meant people were getting free water, paying too much or not enough for their use. The meters that were identified as not working at all or were not working in some way will be replaced.” said city manager, James Hart. He also mentioned that the City’s water department is a separate legal entity from the City and that although the city is having financial problems the water department is not.

Hart also indicated that in addition to replacing the faulty meters, they will be upgrading the current meters with automatic reads, similar to Southern California Edison’s Smart Meters. This will reduce the cost of staff being that they will not need as many meter readers. “The automatic reads feed to a cell like tower and then are wirelessly put into the billing system.” explained Hart. He explained there is a cost in doing that, but it something that will stabilize rates in the long run. “The cost of any modifications to meters is not paid for by the City. It is paid for by the water department out of water revenues generated from the sale of the water.”