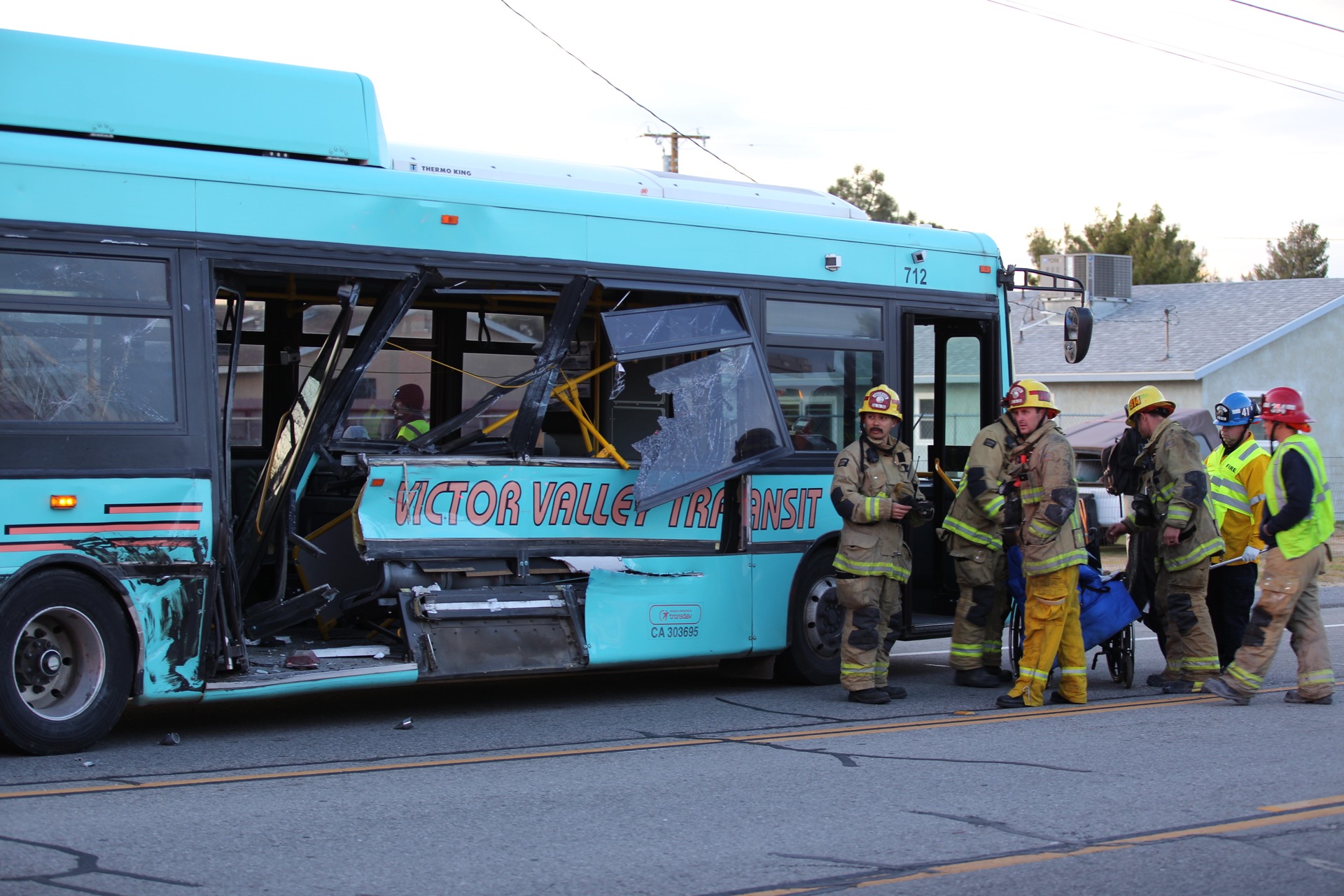 HESPERIA, Calif. (VVNG.com) Three people were injured in a collision between a city bus and a heavy duty tow truck Monday afternoon.

San Bernardino County Firefighters responded to the call just before 5:00 p.m., at the intersection of Mesa Street and Cottonwood Avenue and cited major damages to both vehicles.

The Victor Valley Transit Authority (VVTA) bus was traveling north on Cottonwood Avenue approaching the intersection of Mesa Street when it was struck by the tow truck.

“The tow truck was stopped at the stop sign then pulled out and hit the passenger side of the bus,” a San Bernardino County Sheriff’s Deputy said.

Two patients were transported by ground ambulance to a local hospital with minor injuries while another patient declined medical treatment at the scene.

Cottonwood is currently closed to traffic between Lilac Street and Mesa Street while authorities work to clear the scene.

More information will be updated as it becomes available. Please join our newsgroup with over 88,000 members HERE.