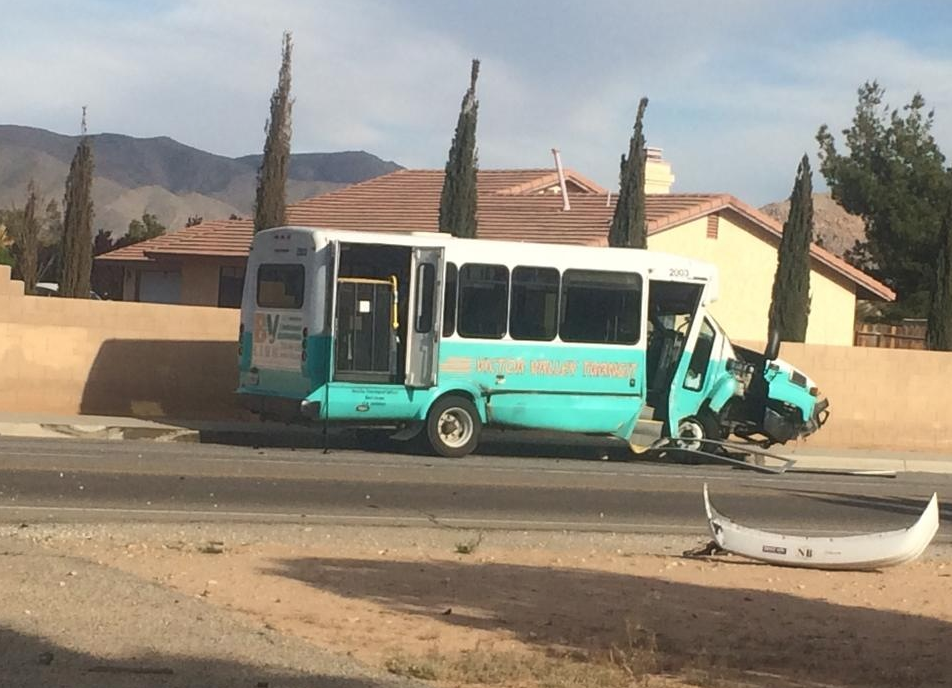 [googlemap src=”” align=”alignright” ]APPLE VALLEY: On Monday, March 24th, 2014 at approximately 4:45 p.m., Deputies of the Apple Valley Police Station were dispatched to a report of a traffic collision involving a vehicle and a Victor Valley Transit  Authority bus (VVTA).

Through investigation it was discovered the 56-year-old female driver of a white Ford ZXS was travelling East on Ramona Avenue and failed to stop at a stop sign causing the vehicle to collide with a bus that was travelling South on Central Road.

The female driver of the Ford was the sole occupant and was transported to Loma Linda Medical Center by Mercy Air with major injuries.

The collision is currently under investigation by the Major Accident Investigation Team (MAIT). Anyone with information is encouraged to contact Deputy Jonathan Gernon at 760-240-7400.