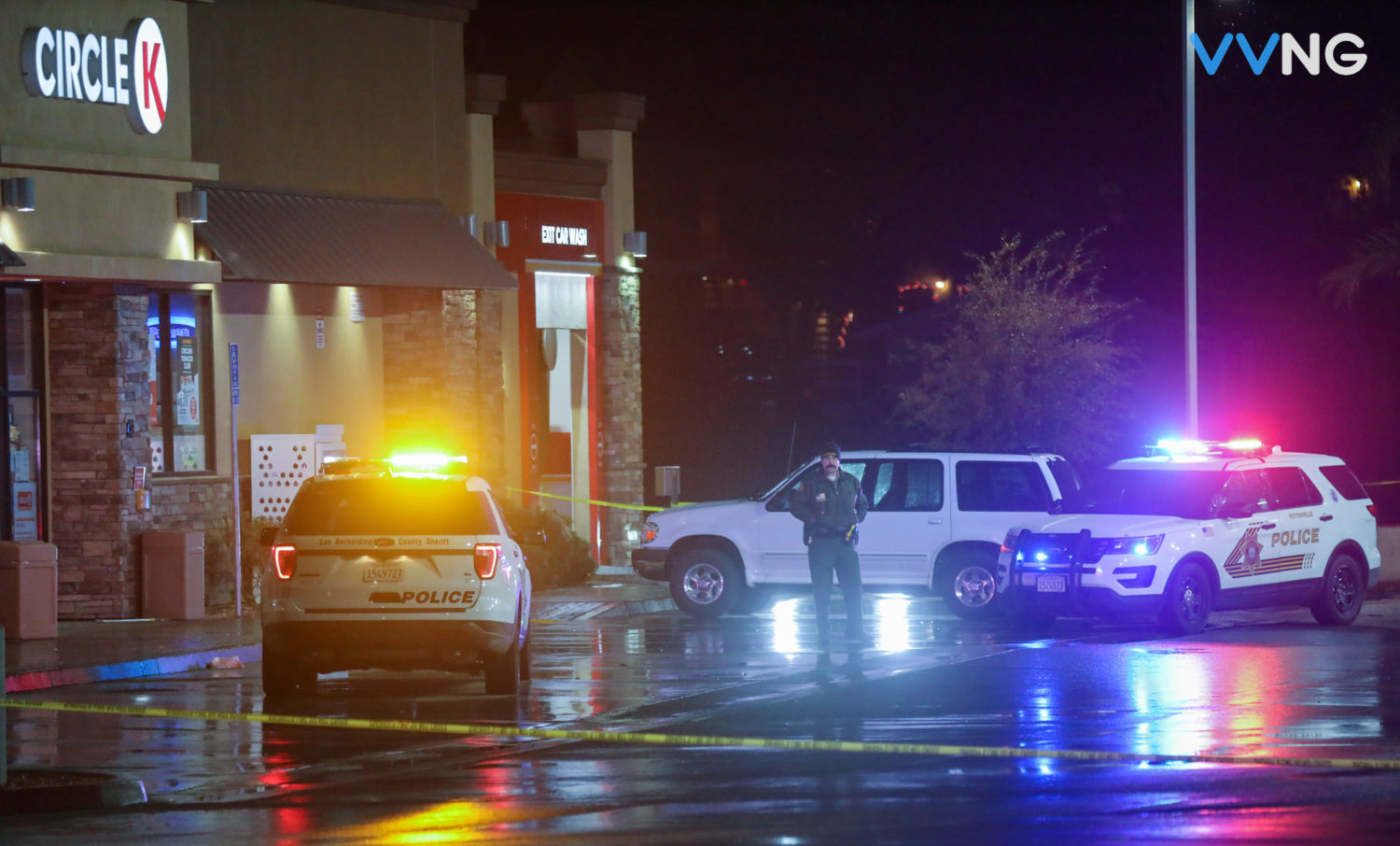 VICTORVILLE, Calif. (VVNG.com) — Authorities said they arrested a store clerk for murder after a 25-year-old was stabbed to death outside of a Circle K in Victorville.

On Tuesday, December 7, 2021, at about 4:04 a.m., deputies from the Victorville Station responded to the business at the corner of Mojave and Village Drives regarding a disturbance inside the store.

When deputies arrived, they found an unresponsive male subject, identified as Elijah Griego, a resident of Victorville laying on the ground outside of the store with multiple stab wounds. Officials said CPR was administered and Griego was transported to a local hospital where he later died.

“Through investigation, detectives determined a store clerk, Jeremy Fearon, was in a physical altercation with Griego when the stabbing occurred,” stated a sheriff’s news release.

Fearon, 25, a resident of Victorville, was arrested and booked in at the High Desert Detention Center where he remains in custody without bail.

Anyone with information regarding this incident is urged to contact the Specialized Investigation – Homicide Detail at 909-387-3609.  Callers wishing to remain anonymous should contact the We-Tip Hotline at 1-800-78-CRIME (27463) or go to wetip.com

Related Article: Homicide investigation outside of Circle K in Victorville