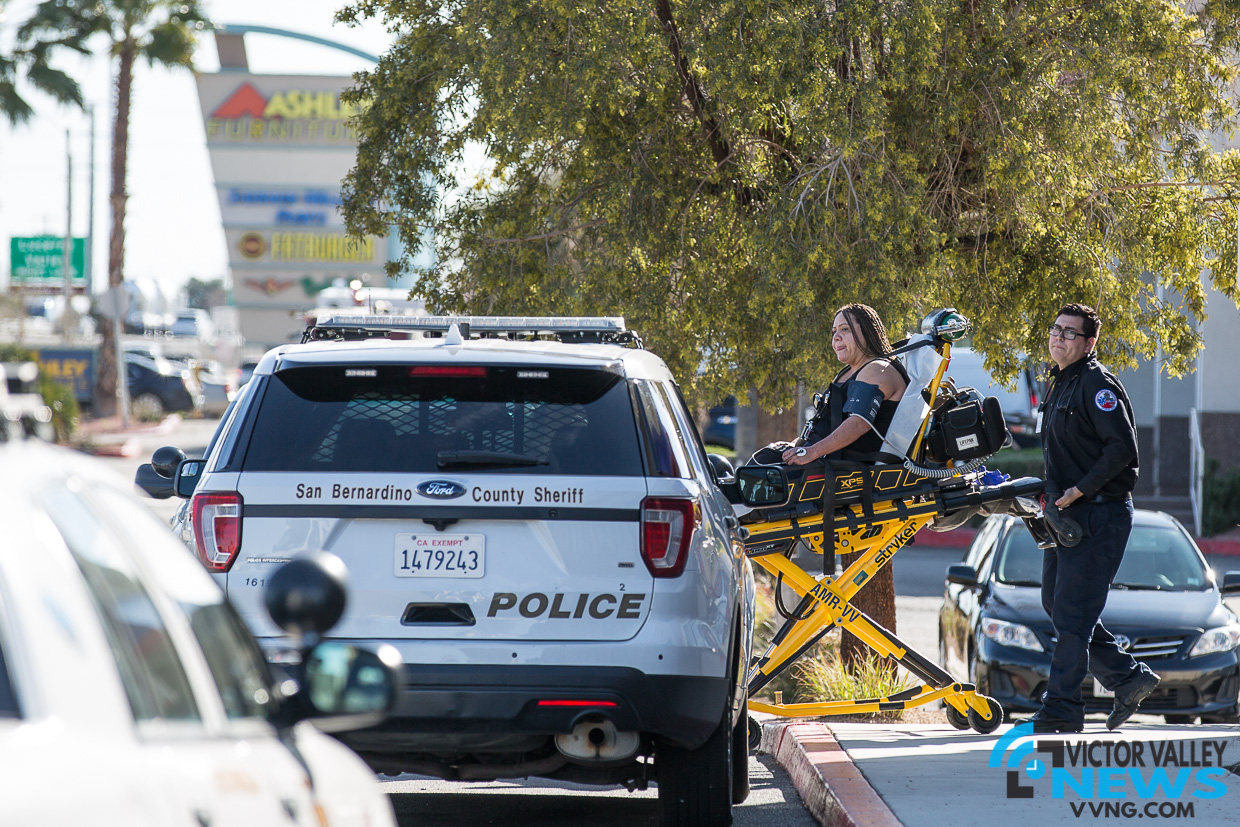 VICTORVILLE, CALI. (VVNG.com) A brawl between two women broke out at Victorville Chuck E Cheese Thursday afternoon, causing one woman to be transported by ambulance.

Victorville Sheriff’s Deputies responded to the incident located at 12790 Amargosa Rd, around 2:45 p.m. and discovered two women, ages 26 and 51, had been involved in an altercation that escalated while inside the kid restaurant and gaming facility.

“They bumped into each other in the video game area and began arguing. The argument became physical and they were separated by employees,” stated Sheriff’s Spokeswoman Mara Rodriguez.

One female was treated at the scene for injuries to her hand, and another woman was brought out from the facility on a stretcher with visible wounds to her face and arms.

“Both party’s refused to sign private party arrest forms and a report was taken to document the incident,” Rodriguez said.

This is not the first altercation at Chuck E Cheese in Victorville to be in the news. This past Saturday a video posted in the Victor Valley News group on Facebook showed an altercation between several patrons.

In 2014, Victor Valley News reported a fight between 15-20 people, in which shots were fired in the parking lot of the location.

The manager at the family fun restaurant declined to comment on the situation.