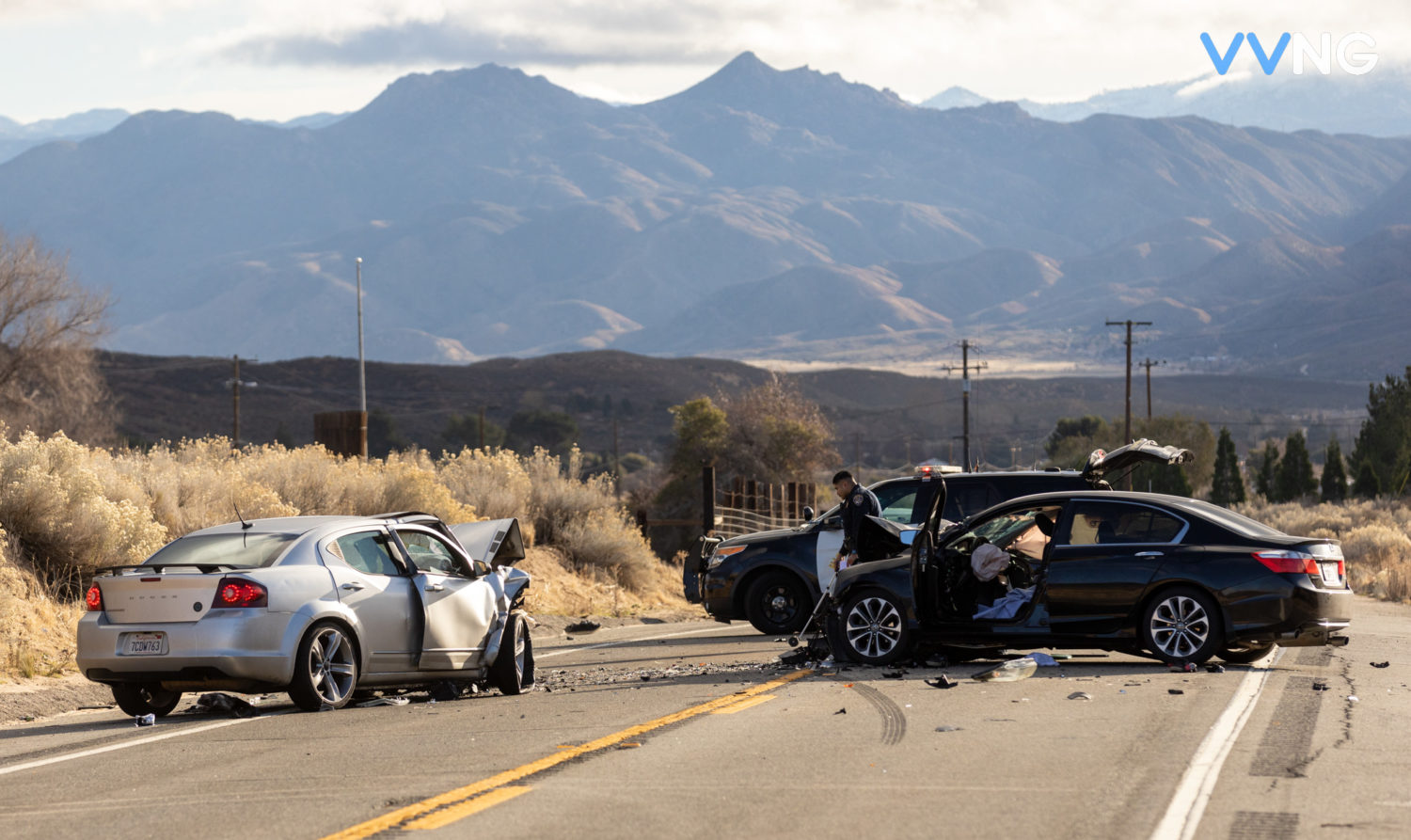 HESPERIA, Calif. (VVNG.com) — A stretch of Highway 138 was closed on Christmas morning after a head-on traffic collision.

It happened at about 7:15 am, on SR-138 between Coriander Drive and Summit Post Office Road in the City of Hesperia.

San Bernardino County Fire responded to the call and upon arrival, they located a silver Dodge Avenger and a black Honda Accord with major front-end damage blocking the roadway.

Firefighters reported they had two people with critical injuries and one of them would require extrication. Two helicopters were requested to respond to the scene, however, one was later canceled.

A Mercy Air helicopter landed at the scene and airlifted one of the injured male drivers to a trauma center. The other male driver was transported by ground ambulance to Loma Linda University Medical Center. An update on their injuries was not available.

East and westbound lanes of Highway 138 remain closed between Wagon Train and Summit Valley Road for approximately two hours. The roadway was reopened in both directions at 9:44 am.