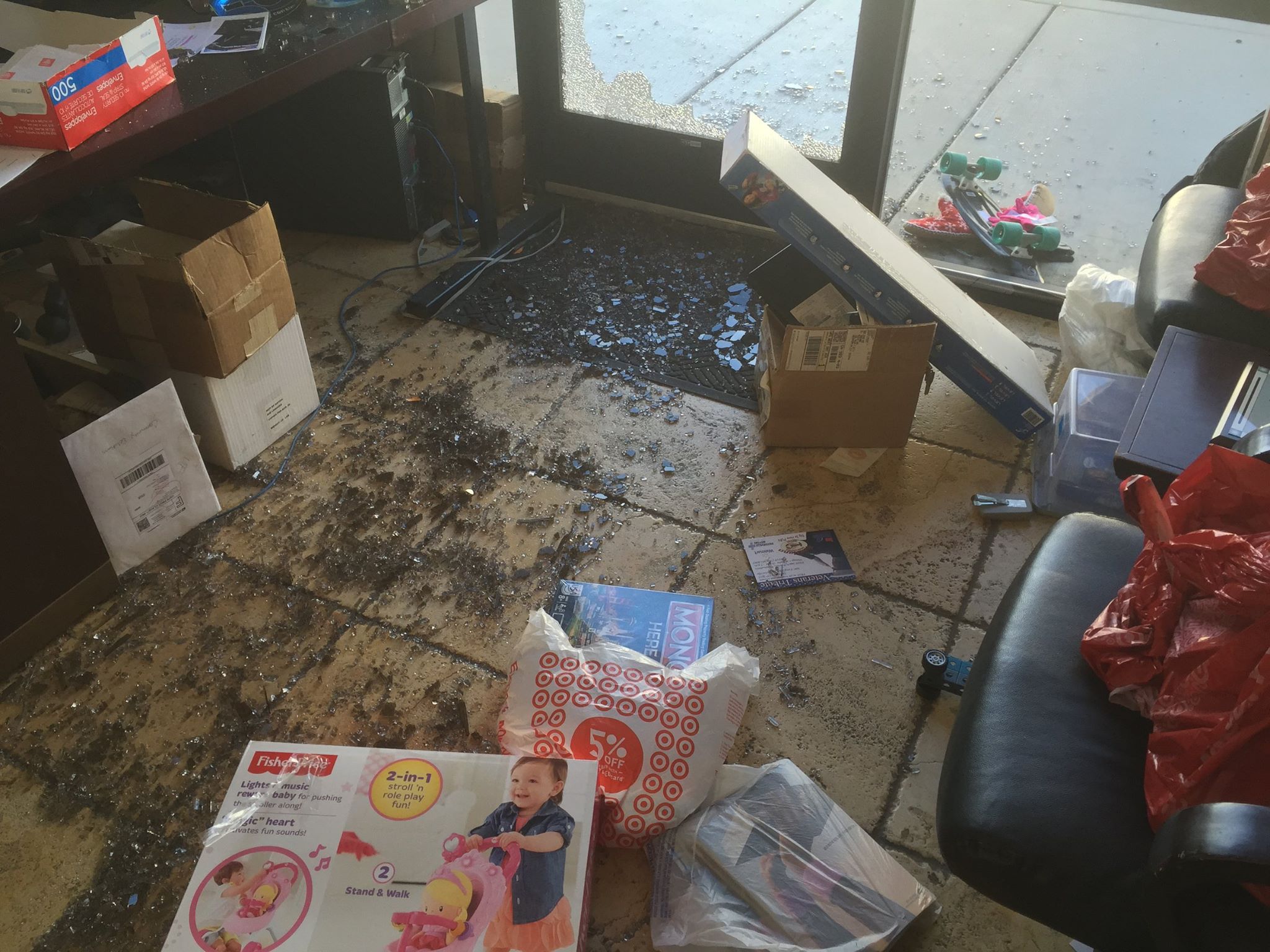 HESPERIA-(VVNG.com):  Every year the Don Ferrarese Charitable Foundation makes Christmas wishes come true for over 200 underprivileged children through the “Santa’s Sleigh” Toy Drive. Through their annual Toy Drive, the Don Ferrarese Charitable Foundation gets wish lists from about local 200 children and then they shop to fulfill their wish list. “We have been collecting change and have organized coin drives from the local schools to help with this effort,” said Founder and President, Dan Tate.

On December 12th from 10:00 a.m. to 2:00 p.m. the foundation sponsored a Veterans Tribute.  Sometime overnight after the tribute, their office located at 12221 Poplar Street was broken into and the unknown suspect(s) stole about $3500 in toys and cash. The suspect(s) broke into their office using an orange pipe wrench, which was left at the scene.

The cash was in change, that was all taken in big plastic bank bags. “Please keep an eye out for for anyone trying to redeem a large amount of change or selling gifts. All gifts stolen were purchased at Target,” said Don Ferrarese, on a Facebook post.

“Vern’s Glass donated the glass repair,” added Tate. Several other local businesses also stepped in to assist with donations.  At this time no suspects have been identified. A neighboring business has surveillance cameras that they are hoping to retrieve footage from in order to assist in locating those responsible for this shameless theft.

“If anyone would like to sponsor a child , we can give them the wish list to shop for, which would be a great big help,”said Tate. If you would like to see how you can help, you are asked to call 760-951-8003. Those with any information pertaining to the theft, or new toys for sale you are asked to contact the Hesperia Police Department at (760) 947-1500. Those who wish to remain anonymous can contact the We-Tip hotline at 800-78-CRIME. 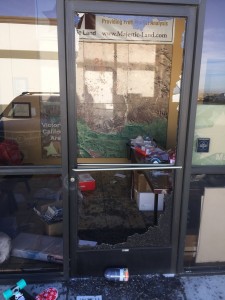 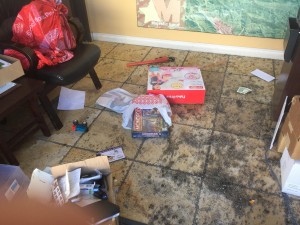