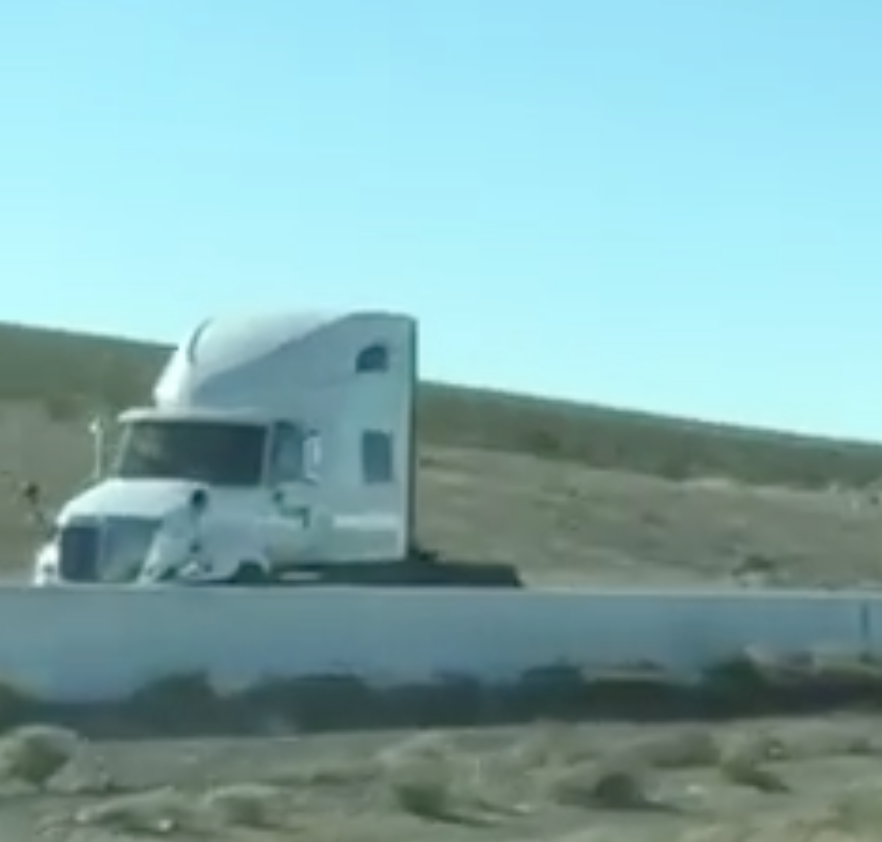 BARSTOW-(VVNG.com): On the morning of Monday, November 2 at about 8:00 a.m. San Bernardino Police notified the San Bernardino County Sheriff’s dispatch that they were pursuing a white semi truck without a trailer. The driver of the vehicle was believed to be involved in a kidnapping originating at the AMPM on 5th Street and Palm Avenue in Highland.

When the pursuit reached the 15 freeway northbound near Kenwood, the CHP took over. The pursuit continued until the CHP unit deployed a spike strip, which flattened the front tires disabling the vehicle at Wild Wash Road. The suspect stopped the vehicle momentarily, which allowed the woman to free herself. The driver, identified as 36-year-old Ralph Broesche remained in the vehicle uncooperative of the CHP officers commands.

The CHP officers made several attempts to persuade the driver to exit the truck and eventually used non-lethal methods to gain entrance into the truck tractor to get the subject into custody. The suspect sustained a self-inflicted wound and was given immediate medical attention at the scene when taken into custody. The subject was transported to Barstow Community Hospital and was subsequently airlifted to Antelope Valley Hospital for treatment of undisclosed injuries.

It was later determined that the suspect and victim were husband and wife that separated after a domestic violence incident on October 31st in Riverside County. According to San Bernardino County Sheriff’s officials the two agreed to meet at the AMPM to exchange property. When the victim entered the cab of the tractor-trailer Broesche grabbed the victim by the neck, threw her in the sleeper portion of the vehicle and drove away.

Both northbound and southbound lanes of the 15 freeway were closed temporarily near Hodge Road causing a delay to drivers heading into or out of the Barstow area.