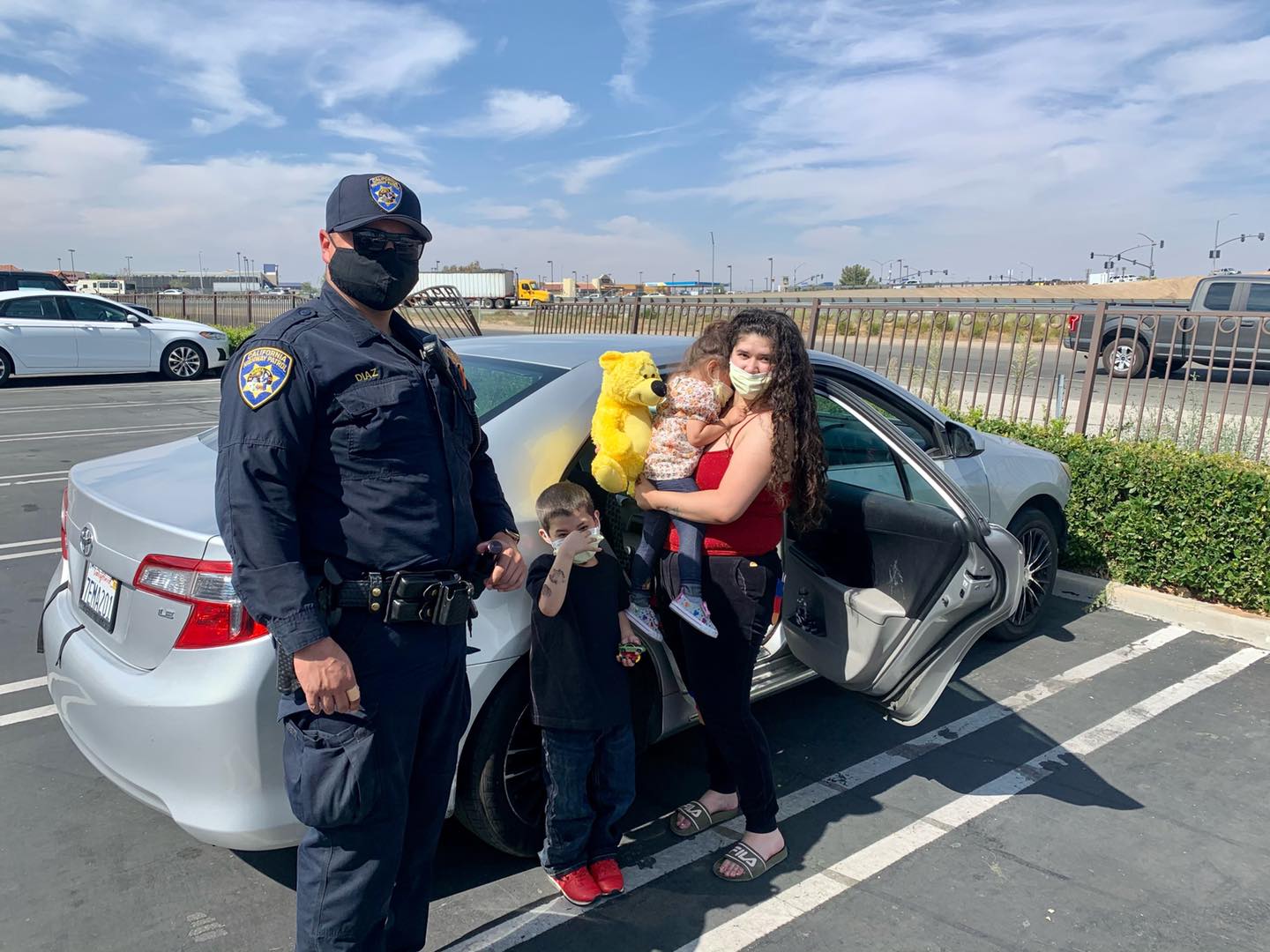 On Monday afternoon Officer Brian Diaz from the Victorville CHP station was on patrol when he made an enforcement stop for a cell phone violation on a silver 2014 Toyota Camry.

Officer Brian contacted the female driver and noticed her two small children in the back seat. One of the children was in a child safety seat, unrestrained, due to the seats buckle mechanism being broken, according to the Victorville CHP Facebook post.

The driver explained to the officer she could not afford a new car seat. The woman and her two children had been living in motels for months until she could get back on her feet.

Instead of issuing a citation, Officer Diaz had a new child safety seat delivered and installed on-site.

The child safety seat was provided by a grant from the California Office of Traffic Safety through the National Highway Traffic Safety Administration.