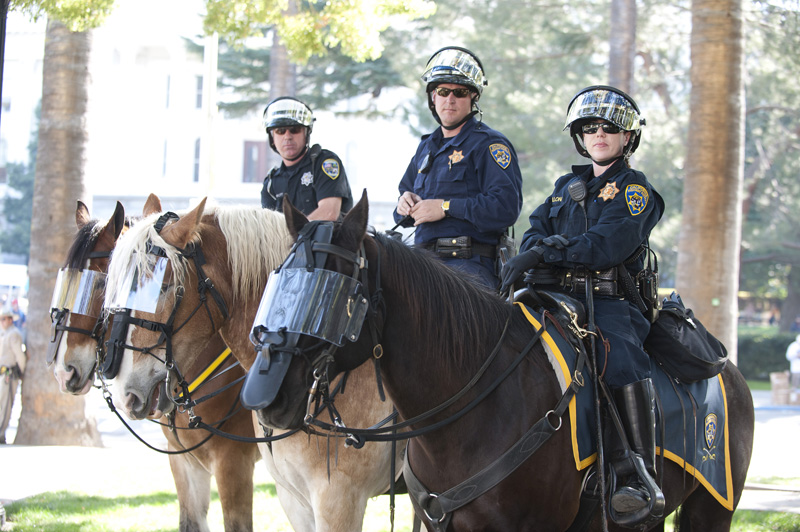 SACRAMENTO, Calif. – On Monday, January 2, 2017, the world will watch as the California Highway Patrol’s (CHP) Mounted Patrol Unit marches proudly along the 2017 Pasadena Tournament of Roses parade route. The CHP’s equestrian unit was one of 25 teams that were selected to participate in this year’s celebration from among the hundreds of applicants.

“The CHP is honored and excited to be a part of an event many of us grew up watching every New Year,” said CHP Commissioner Joe Farrow. “The parade, much like the CHP, has a very rich history full of tradition and pride.”

This year marks the 87th anniversary of the CHP and the 30th anniversary of the Department’s Mounted Patrol Unit. The CHP’s equestrian team is assigned to the Capitol Protection Section and consists of seven riders and six draft horses. On Wednesday, December 28, the riders and their horses will make the journey from Sacramento to Pasadena to be a part of the more than 100-year-old tradition, which includes flower-covered floats, marching bands, and equestrian units from across the country.

The CHP’s mounted patrol officers are responsible for the State Capitol and Capitol Park, as well as hundreds of state properties in downtown Sacramento. The Mounted Patrol Unit is used for general patrol and other situations, and is always ready to deploy at a moment’s notice.

The mission of the CHP is to provide the highest level of Safety, Service and Security.