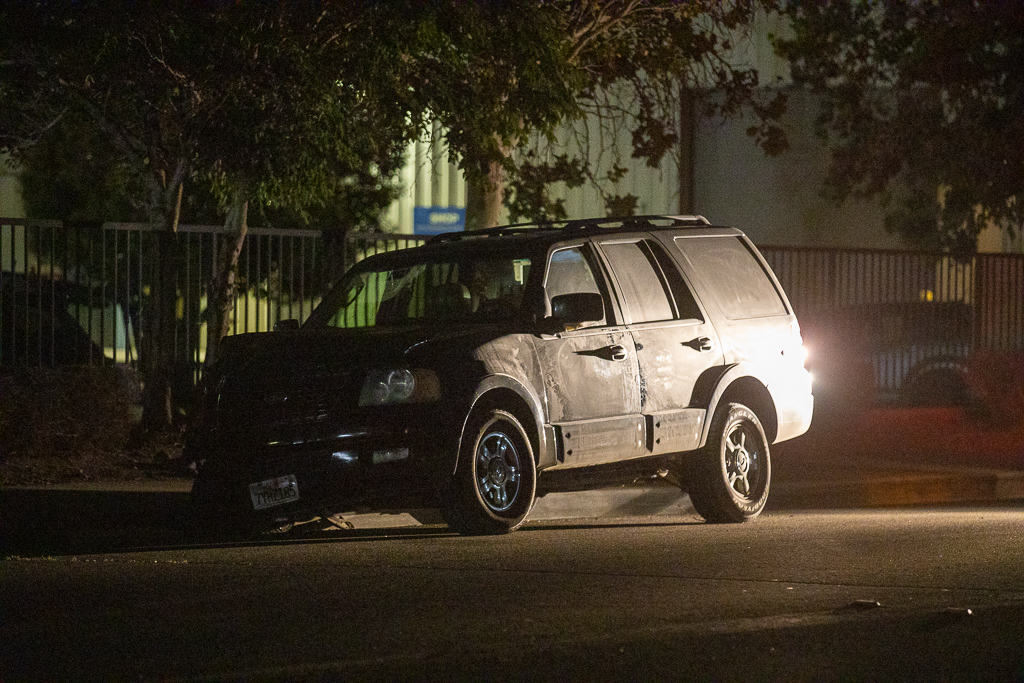 The driver of the SUV involved in a fatal crash on the I-15 fled the scene. (Gabriel D. Espinoza, VVNG.com)

HESPERIA, Calif. (VVNG.com) — The California Highway Patrol is looking for the driver who fled the scene of a fatal crash on the I-15 freeway in Hesperia.

On Thursday, July 16, 2020, at approximately 12:41 AM Barstow Dispatch Center received a call of a two-vehicle traffic collision that occurred on the northbound I-15, south of Bear Valley Road.

According to CHP officials, “witnesses reported one of the vehicles fled the collision scene and exited the freeway onto Bear Valley Road.”

Multiple CHP officers responded to the area and conducted a search for the suspect vehicle that fled the collision scene.

For reasons still unknown, the driver of a black 2005 Ford Expedition traveling at a high rate of speed collided with the rear of a 2006 Nissan Pathfinder. The impact caused the Pathfinder to leave the road and overturn before eventually colliding with a utility pole.

San Bernardino County Fire responded to the incident and pronounced the driver and sole occupant, a 65-year-old Victorville woman deceased at the scene.

The San Bernardino County Sheriff’s Department Air Support Unit, 40K, as well as the Barstow Police Departments K-9 Unit responded to the scene to assist in searching for the suspect who was unable to be located.

The identity of the deceased woman will be released by the San Bernardino County Sheriff-Coroner’s Office pending notification of next of kin.

Anyone with information about the crash is asked to contact the Victorville CHP office at 760-241-1186.