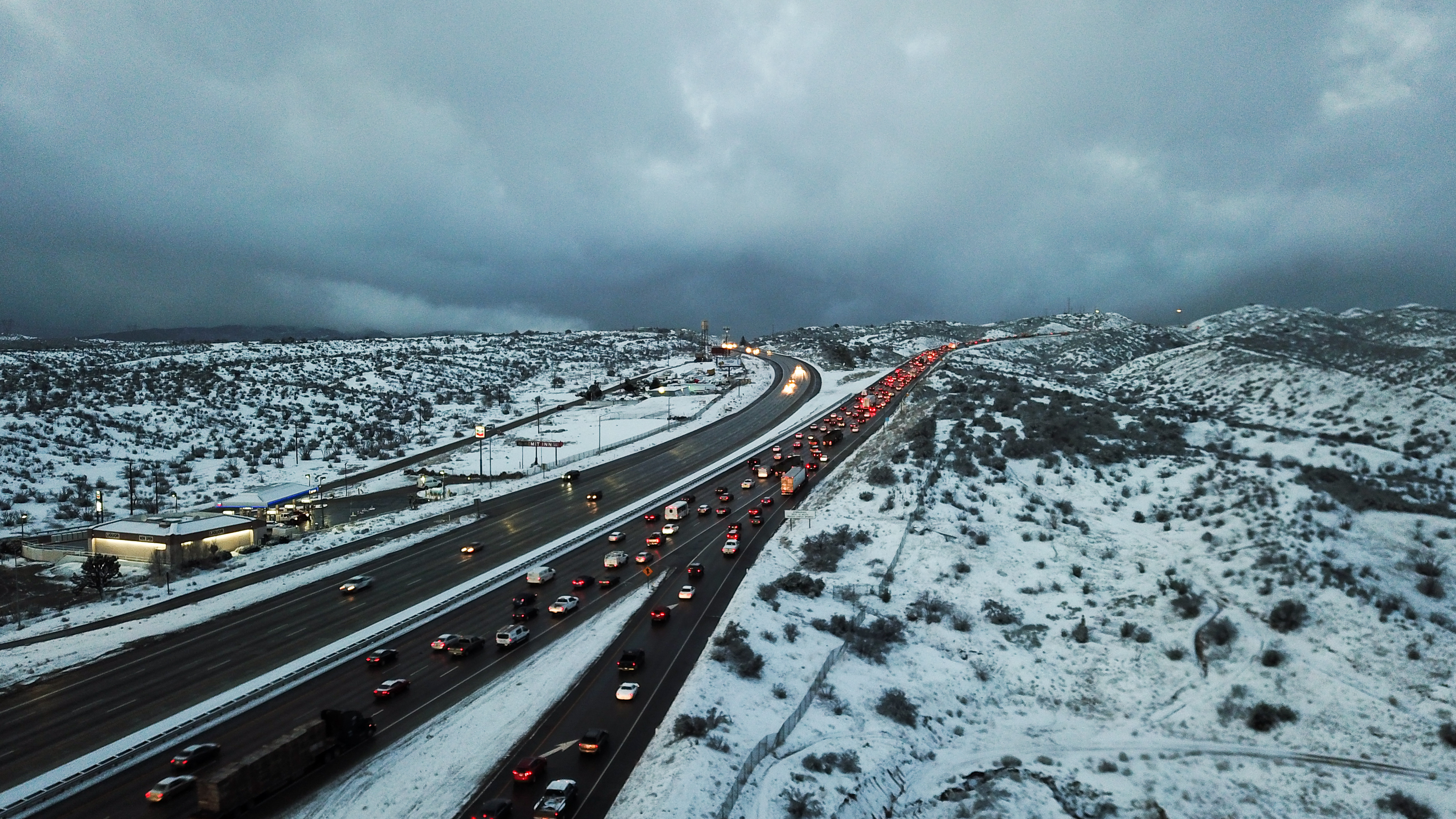 UPDATE @ 9am – There are currently no escorts in place. Traffic is free flowing.

CAJON PASS, Calif. (VVNG.com) — As forecasted snow fell overnight and into the Thursday morning prompting the California Highway Patrol to run traffic breaks and escorts through the Cajon Pass.

CHP and CalTrans have remained busy patrolling the I-15 freeway to ensure the freeway remained safe for all motorist.

CHP officers have kept busy escorting traffic through the pass. Meanwhile, CalTrans workers were equally using snow plows from about Ranchero Road down to Highway 138 for both north and south.

CHP officers have responded to several calls involving vehicles that spun out or slid off the roadway. There have been no major accidents reported along the I-15 freeway.

Residents in Victorville, Hesperia, Adelanto Apple Valley received a small dusting while residents in Lucerne Valley reported receiving about an inch of snow.

As of 8:00 am Thursday morning, the snow continued to fall on the southwest side of Victorville near the CA Aqueduct and US Highway 395

According to the NWS on this day (February 21) in 1944, A heavy struck San Bernardino County. Several avalanches some 50 to 60 ft high, obliterated parts of the Rim of the World Highway.