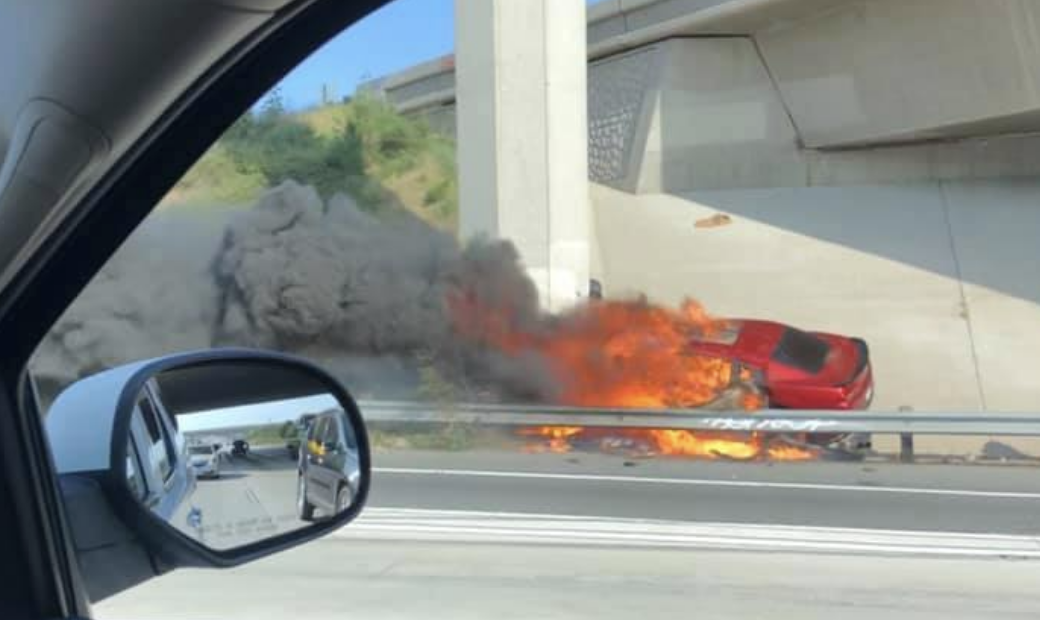 FONTANA, Calif. (VVNG.com) — The California Highway Patrol is investigating a fiery crash on the 15 freeway that left at least one person dead Saturday evening.

Upon arrival, emergency personnel located a red Chevy Camaro on the right shoulder that erupted into flames after colliding into a large support column used for the 210 freeway overpass.

According to the logs, a blue/gray Corvette cut the Camaro off and caused the traffic collision.

Multiple vehicles stopped and attempted to break a window to get a party out of the Camaro.

Dion Ayala commented on Facebook and said several people attempted to get close to the vehicle but the flames were too strong and they couldn’t get too close.

Fire crews extinguished the fire and located at least one person deceased inside the Camaro. The coroner’s office was requested to the scene at about 6:00 pm.

Other 911 callers reported the vehicles were involved in a speed contest prior to the crash, per the logs. The driver of the Corvette stopped at the scene and cooperated with CHP.

CalTrans requested a hard closure for the no 1-4 lanes, prompting a SIGALERT to be issued.

The official cause of the crash is under investigation by the CHP San Bernardino office. Additional information will be updated as it becomes available.