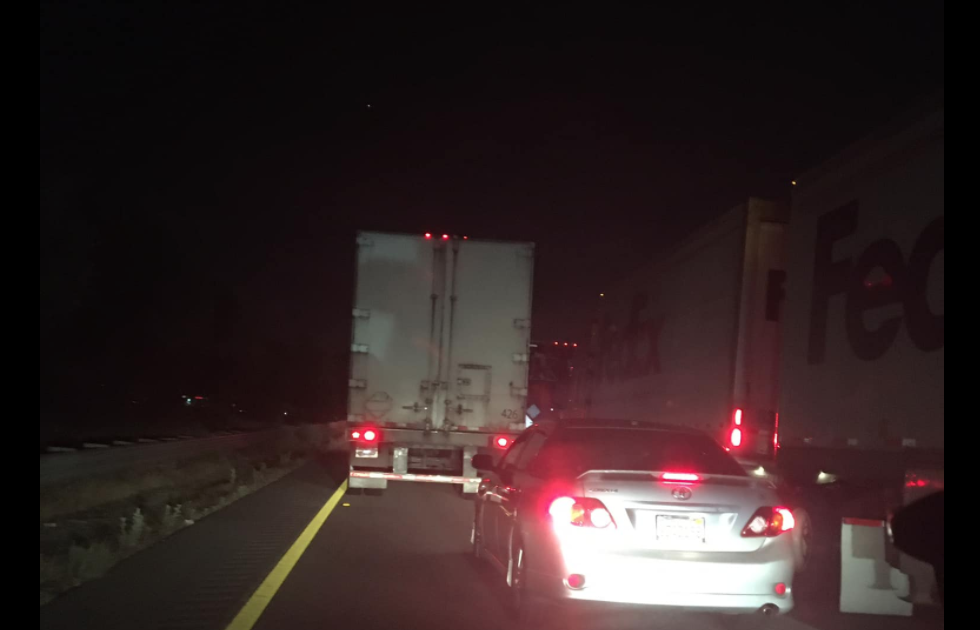 SAN BERNARDINO, Calif. (VVNG.com) — Two pedestrians standing outside their vehicles were killed in a crash on the I-215 freeway in San Bernardino Tuesday night, officials confirmed.

According to California Highway Patrol officials, two pedestrians were standing outside two parked vehicles along the right shoulder of the freeway.

“For reasons still under investigation, the driver of the Ford allowed it to travel to the right shoulder. The front of the Ford collided into the rear of a disabled 1997 Beige Toyota Camry and subsequently struck the two pedestrians,” stated a CHP news release.

As a result of the collision, both pedestrians, a 54-year-old male, and a 50-year-old female, both residents of Perris, CA succumbed to their injuries and were pronounced deceased at the scene.

CHP officials said at this time, there is no evidence to suggest that alcohol or drugs were a factor in this collision.

The identity of the deceased is being withheld pending identification and notification of next of kin by the San Bernardino County Coroner’s office.

The collision is still under investigation, anyone with information regarding this collision is encouraged to contact Officer J. Izydorek at the San Bernardino CHP Office at (909) 383-4247.