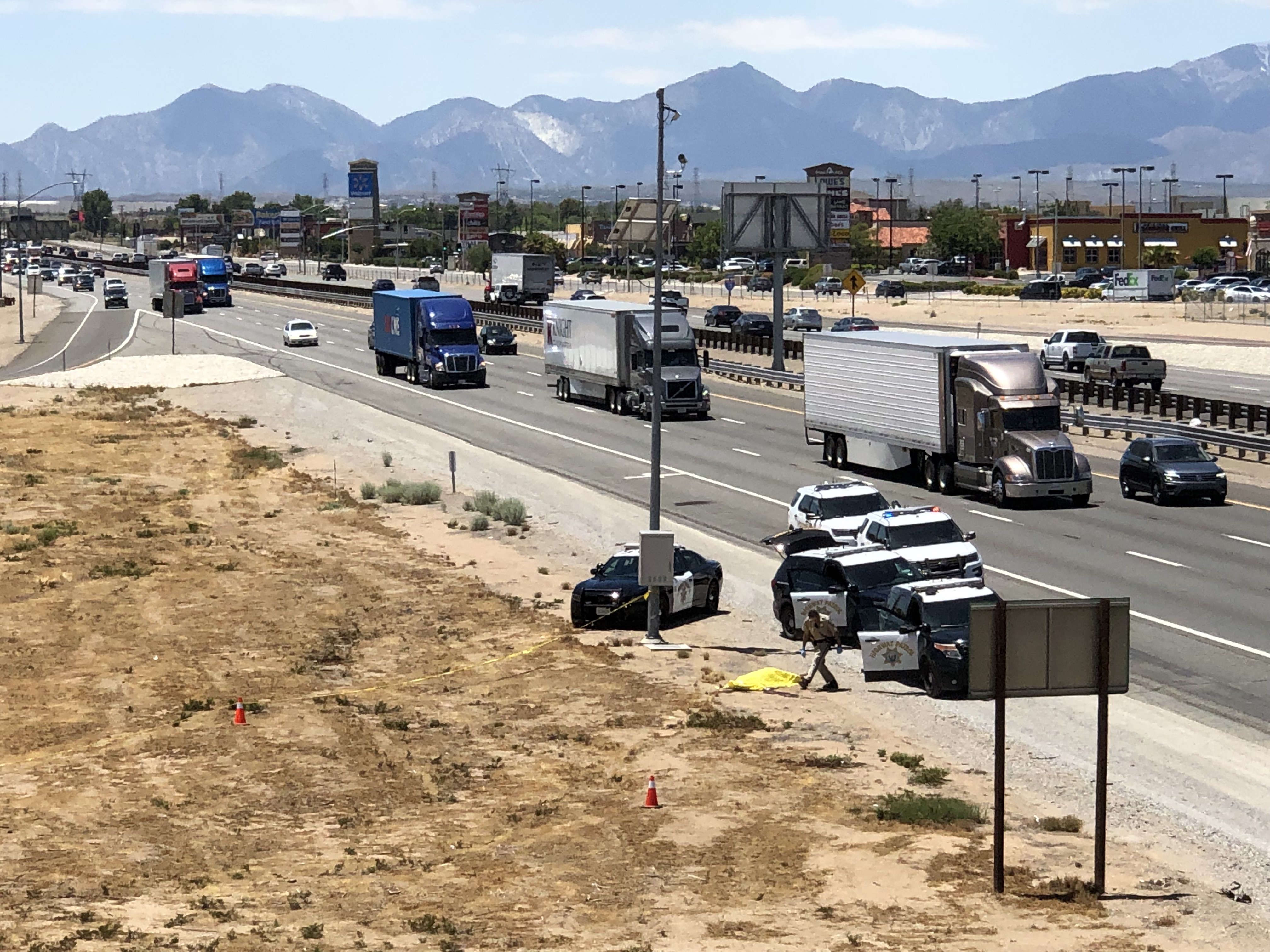 HESPERIA, Calif. (VVNG.com) — Authorities are investigating after a man was found deceased along the shoulder of the I- 15 freeway Monday morning.

It happened at about 11:45 am, on June 3, 2019 on the northbound I-15 freeway, just before the Bear Valley Road bridge within the Hesperia city limits.

When first responders arrived on scene, they found the victim, a male adult, wearing tan shorts and a t-shirt lying in a pool of blood along the shoulder of the freeway.

Arlene Z Ace said she drove by and saw a man down. “He wasn’t moving when we passed by but I’m praying it was a medical emergency and he’s ok.”

At about 12:14 pm, authorities placed a yellow tarp over the body and began taping off the area with crime scene tape. Cones were also placed around what appears to be a silver metal object on the ground.

A woman who did not want to be identified told Victor Valley News she drove by and saw a man lying down in the ground with his hands behind his back and looking up at her. “There was blood and it looked like he had gotten beat up. I felt something wasn’t right so I called 911,” stated the woman.

Officials have not provided any information on if the male was a pedestrian or if they are actively searching for any vehicles or suspects.

On June 1, 2019, the southbound 15 freeway was shut down for approximately 1 hour after a male running across the freeway was struck by a semi. The male was airlifted to a trauma center and his condition remains unknown.

Officers from the California Highway Patrol Victorville station and officers from the San Bernardino County Sheriff’s Department are currently on scene and investigating the incident.