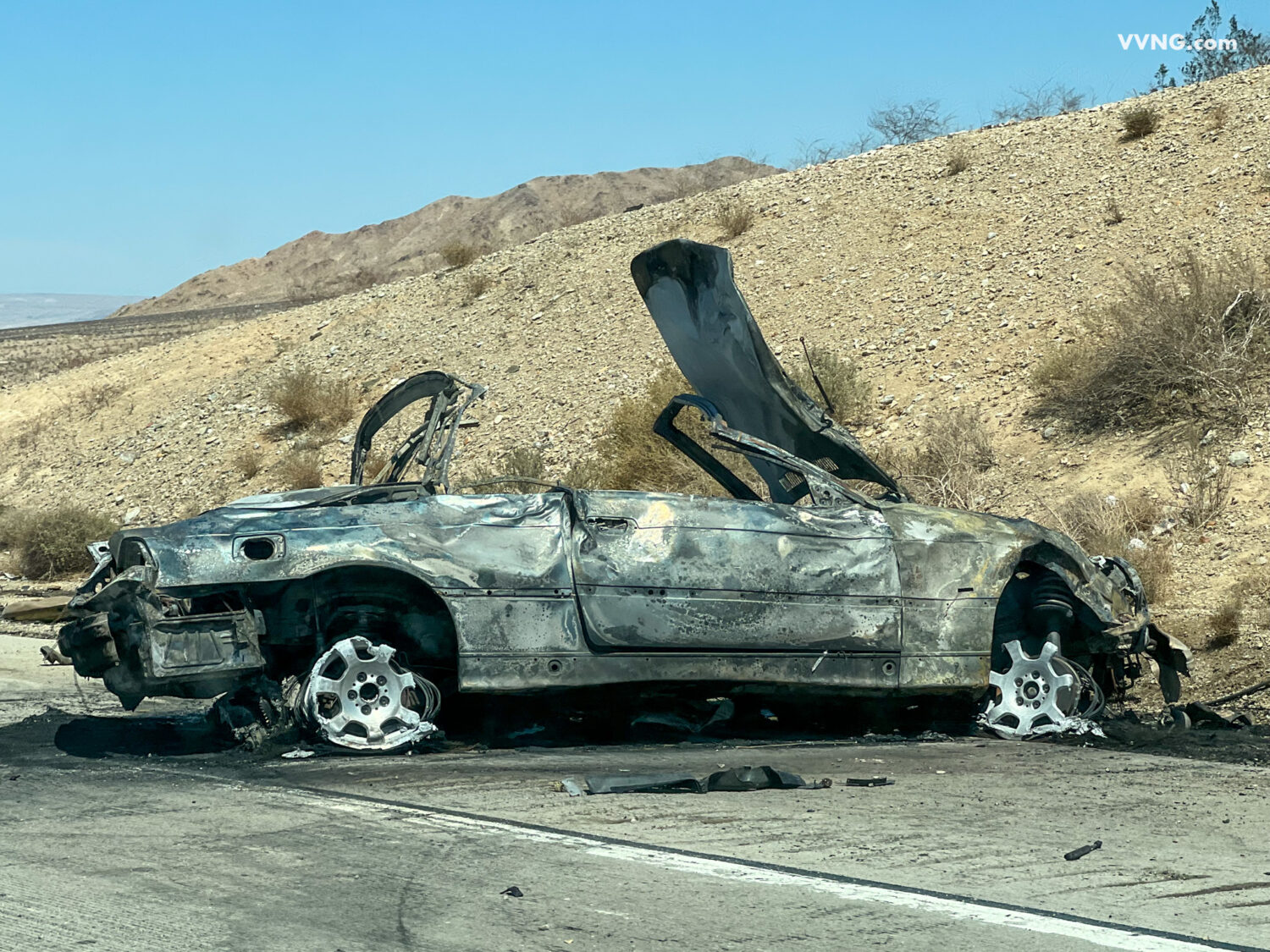 APPLE VALLEY, Calif. (VVNG.com) — The California Highway Patrol is investigating a fiery rollover crash on the northbound I-15 freeway in Apple Valley.

According to the California Highway Patrol incident logs, a BMW lost control and overturned onto the right-hand shoulder where it caught fire.

The driver was ejected during the crash and landed several feet away from the vehicle along a hillside. Firefighters arrived and pronounce the occupant deceased at the scene. Approximately 15 minutes later the vehicle fire was knocked down.

A traffic advisory has been issued for the area due to the no. 2 ad 3 lanes being shut down for an unknown duration.

The San Bernardino Coroner has also been requested to respond to the scene. The investigation into the collision is ongoing by the California Highway Patrol. This is a developing story and additional information will be updated as it becomes available.