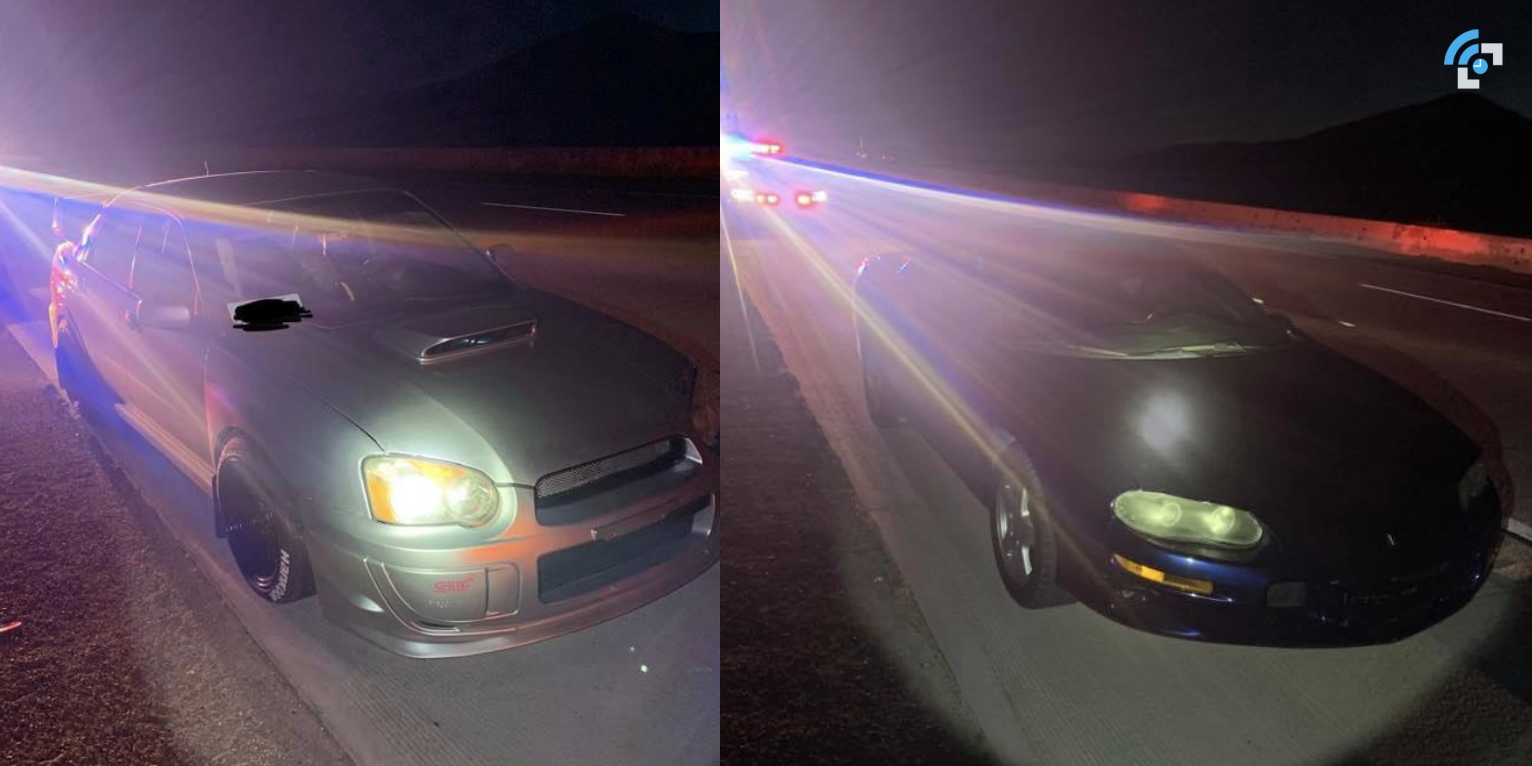 On May 13, 2020, Officer Diaz from the Victorville CHP Station was conducting speed enforcement on the I-15 near Stoddard Wells Road when he noticed a dark blue Chevy Camaro and a Silver Subaru WRX traveling at a high rate of speed.

According to a Facebook post, Both drivers, residents of Hesperia, were engaging in a speed contest at speeds of 120 miles per hour.

Both drivers were stopped and cited for engaging in a speed contest which can result in a hefty fine, suspended license, and imprisonment. Both vehicles were impounded for 30 days.

“We will not tolerate this reckless behavior. If you want to race, take it to the track,” stated the CHP post.

Related Topics:15 freewayCHPI-15racing
Up Next

Barstow police arrest suspect in a stolen vehicle from Adelanto