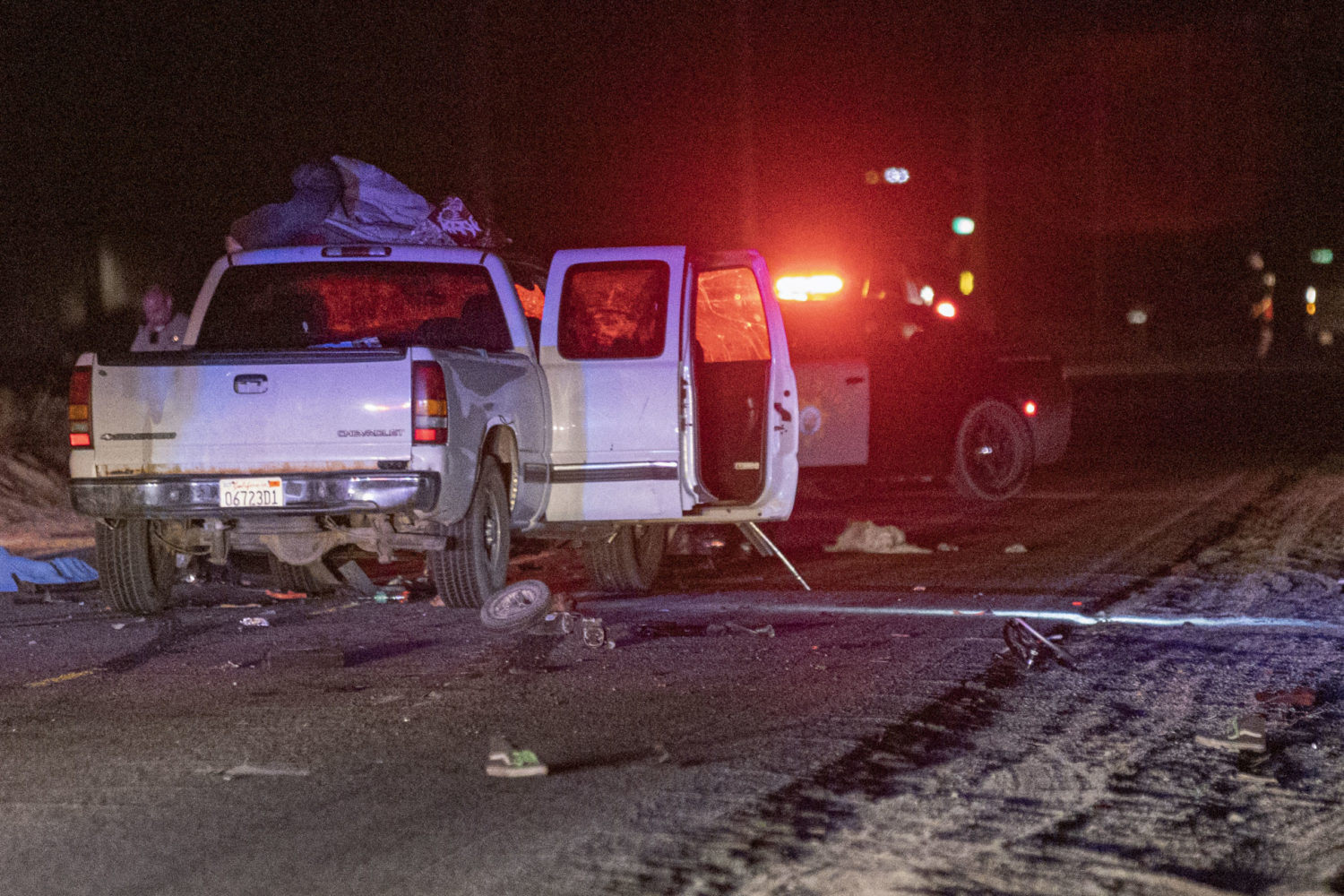 LUCERNE VALLEY, Calif. (VVNG.com) — After an extensive two-month-long investigation the California Highway Patrol announced an arrest warrant has been issued for the suspected Hit and Run driver that killed three young girls and left another critically injured in Lucerne Valley.

It happened on June 5, 2021, at approximately 10:19 pm, when four juvenile females, two of them in wheelchairs, were proceeding in a northerly direction in the northbound lane of Camp Rock Road, north of Rabbit Springs Road.

CHP officials from the Victorville Station said a white 2002 Chevrolet Silverado, occupied by an unknown driver and passenger, was also traveling northbound on Camp Rock Road, at an unknown speed, approaching the four juvenile pedestrians from behind.

As a result of the crash, Daytona Bronas, 12, Sandra Mizer, 13, and Willow Sanchez, 11, were pronounced deceased on scene. Natalie Coe, 14, survived and was airlifted to Loma Linda Unversity Medical Center. To this day, she is still being treated for major injuries.

CHP said multiple resources were utilized to search the area following the crash, however, officers were unable to locate the suspects. The involved vehicle and its contents were processed as evidence.

“Over a period of two months, multiple search warrants were executed to recover forensic and digital evidence from the crash scene, and numerous interviews were conducted throughout the State,” stated the release.

On August 15, 2021, a no-bail arrest warrant was issued for the suspected driver, Santos Alejandro Jimenez-Cruz, 01/10/2003, for three counts of Vehicular Homicide. CHP said Jimenez-Cruz has been known to reside in both California and Mexico.

The California Highway Patrol, Victorville Area is still actively investigating this collision and is requesting the public’s assistance.  Anyone with information regarding this collision, or who knows of Jimenez-Cruz’s whereabouts, is asked to contact Officer J. Rodriguez at the Victorville CHP Area office at (760) 241-1186.