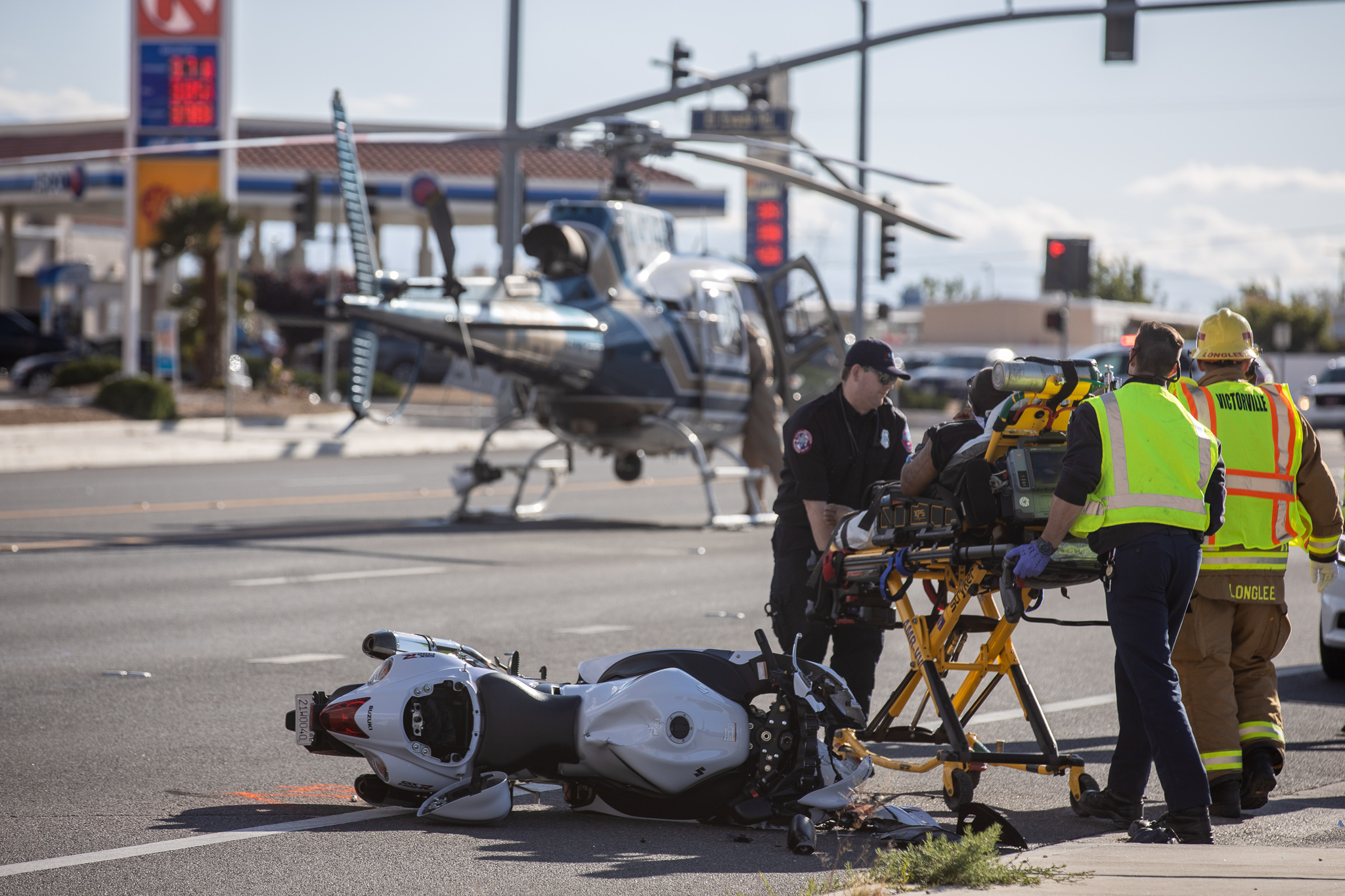 VICTORVILLE, Calif. (VVNG.com) — A motorcycle rider was transported to a trauma center by helicopter after crashing with a truck on Memorial Day Monday.

The Victorville City Fire Department at the San Bernardino County Sheriff‘s Department responded to the collision that was reported at 5:27 p.m. on Palmdale Road just east of El Evado Rd.

Authorities arrived on scene and located a white Suzuki motorcycle with the rider down in the roadway and a Dodge Ram pickup truck with damage to the front passenger door.

The motorcycle rider was treated on scene before he was airlifted by a California Highway Patrol helicopter to Arrowhead Regional Medical Center with unknown injuries.

According to a witness who spoke with Victor Valley News, the motorcycle rider was traveling behind her as she was going westbound on Palmdale Road.

The witness said the rider went around her into the number two lane and struck the passenger side of the truck that made a left turn into the shopping center from eastbound Palmdale Road.

The driver of the truck remained on scene and cooperated with the officials. Westbound traffic on Palmdale Road was shut down for about an hour. The cause of the crash is under investigation at this time.