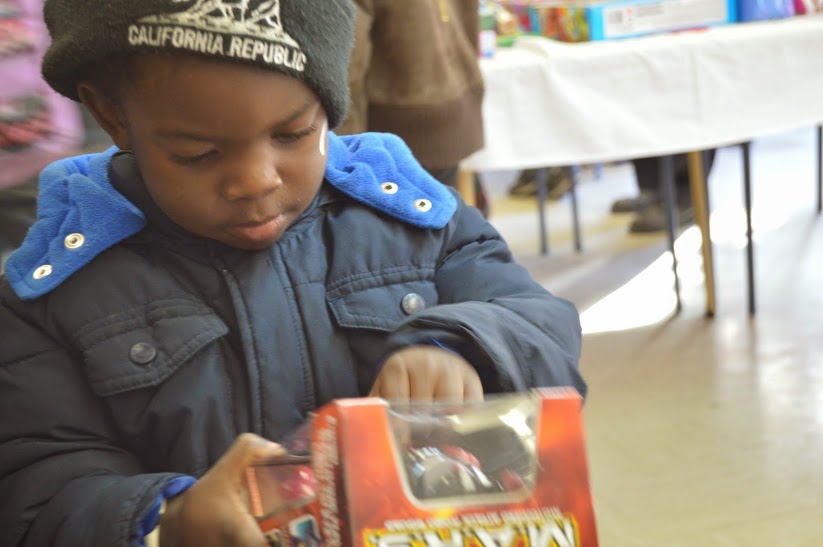 VICTORVILLE-(VVNG.com): As many of us do our last-minute Christmas shopping, make our last-minute plans or even worry about what we do not have for Christmas, there are families that have walked into High Desert Homeless Services Inc. with not much more than the clothing on their backs. These families are taken in by the caring staff ready to serve their needs for their 30-90 day stay. When people walk into the shelter many are mentally broken, and feel as though they have failed due to the loss of their home.

High Desert Homeless Services Inc. goes above and beyond to make these people feel welcome, and get back on the road to self-sufficiency through the many services offered to assist clients in getting back into a home of their own. The shelter works hard through many fundraisers aimed to provide better services to those that they serve and to maintain the cost of operations housing, feeding and otherwise assisting their clients on a daily basis. Besides for fundraisers the shelter depends largely on generous donations from public and local businesses that support their efforts to provide a fully equipped, safe and comfortable environment  for their clients in transition to stay.

At High Desert Homeless Services Inc. there are 14 children at the shelter at this time, these children have had to leave the place they were stable in, the place where they kept their most prized possessions and the place they called once home. The families, many times only left with what fit in their vehicles if they owned one, most not knowing where they would go. Most hear of shelters being overfilled and unable to take in more clients, but in most cases there is more than enough room for those with immediate shelter needs at High Desert Homeless Services Inc.

On December 13th at 2:00 pm, the California CHP CHiPS for Kids program, that collected 400 toys for both the children living in the shelter and those living in the community that were in need of them hosted a toy giveaway at the shelter located on Amargosa Rd, just southwest of Amargosa and Palmdale Rd. The toy drive was supported through numerous community events that were held in public places with CHP officers, many times games, giveaways and Chipper the famous CHP chipmunk. In attendance was Robert A. Lovingood, CHP Officer Matthew Hunt, Hesperia Mayor Eric Schmidt, along with several CHP citizen volunteers. Also in attendance were High Desert Homeless Services Inc. executive director Jimmy Waldron, Event and Fundraising Coordinator James Wilson, Executive Assistant/Rapid Re-Housing Case Manager Michelle Clark, Shelter Supervisor Shelley Rowell, shelter volunteers as well as the Shelter Board of Directors.

Special guests Santa Claus, Mrs. Claus took time out of their busy holiday schedule to surprise the children on their special day. Princess Fiona, and Batman. A large group of Direct TV employees surprised event the staff of High Desert Homeless services Inc. coming in about 7 Direct TV vans and  volunteering their time during the event. The Direct TV staff not only volunteered time but brought along approximately 100 additional toys to give to the children that live at the shelter. At 2:00 p.m. the families that live in the shelter gathered into the room neatly organized with the 400 toys, which included every type of toy a child could dream of including several bicycles. The children waited patiently and quietly as those in attendance were introduced to the group. The looks of excitement and the sparkle in the eyes of the fourteen children along with their parents who seemed elated to see their children so happy to be involved in such a special event. The happiness from the staff, the volunteers, and everyone in attendance made the room glow with true holiday spirit. Many of the faces of these children had face paintings that were given just prior to the gift distribution.
After, the short introduction, the children were asked to go to the gift area one at a time to pick any toy of their choice.

Some children already had their eye on that special toy, while others studied all the toys, compared the features and took the task of picking that special toy very seriously. At the end, the children all looked pleased with their selections. Next was time for the public, who was lined up along the side of the shelter, many whose children got out of school early to attend this special event.  These children and their parent entered the seating area just several feet from the still overstacked toy tables. The children from the community showed immediate excitement, a little more eager and less shy than the first group of kids, but still very well-behaved. Entering the beautifully decorated shelter with their parents the looks and sounds of excitement again from these children brought the room to life. The children were also asked to choose their toy, many eyes gleamed in excitement with a new toy, some with just a pack of small Hotwheel cars or a Barbie doll that made their Christmas for them one to remember.

For the shelter kids, that already re-entered their living area and believed their excitement was over there was more!

Direct TV still had their gift giving extravaganza with 100 toys randomly passed out to the shelter children giving them several toys each. Some children looked overwhelmed, most sat quietly patiently waiting to see what the Direct TV team wanted to give to them. The children were extremely well-behaved and although the excitement was seen in few, most were very calm and seemingly happy for even what the other children were receiving. There was no pushing, fighting over toys or children jumping up to try to get more, these children truly showed the meaning of the holiday spirit.

The event, that many of these children will not soon forget concluded with autographs by special guest Princess Fiona and Batman, who rode in on a motorcycle that afternoon. The children eagerly waited in line to talk to these famous characters and get their autographs. As the autographs were collected the children walked out talking excitedly about the meeting with their parents. The event, which took planning, toy collection events as well as organization was a great success, the event brought normalcy and joy to families that very much needed it. The shelter had Johnson’s Construction sponsor a shelter Christmas party for the clients the following day and have other shelter staff planned events through the Christmas season for the children.

High Desert Homeless Services Inc. is always in need of donations, volunteers and are continuously working to improving the facility for their clients. Donations of items, cash donations or even supporting their fundraisers is essential and appreciated by those facilitating the temporary housing their as well as the staff.  https://www.highdeserthomelessservices.org/ 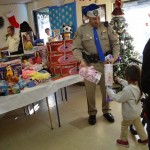 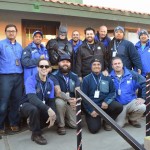 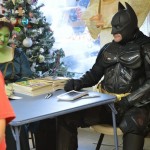 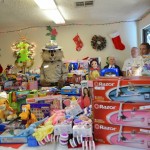 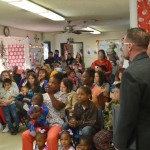 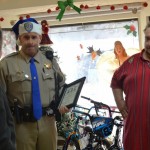 CHP Officer Matthew Hunt receiving a certificate to recognize his efforts in the CHP toy drive. 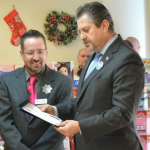 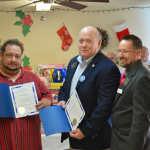 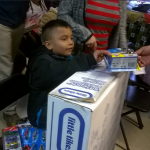 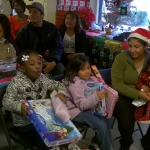 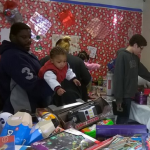 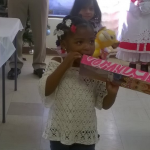 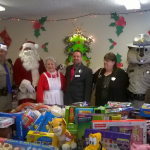 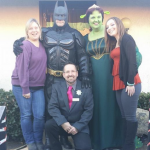 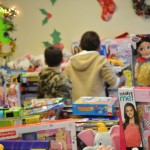