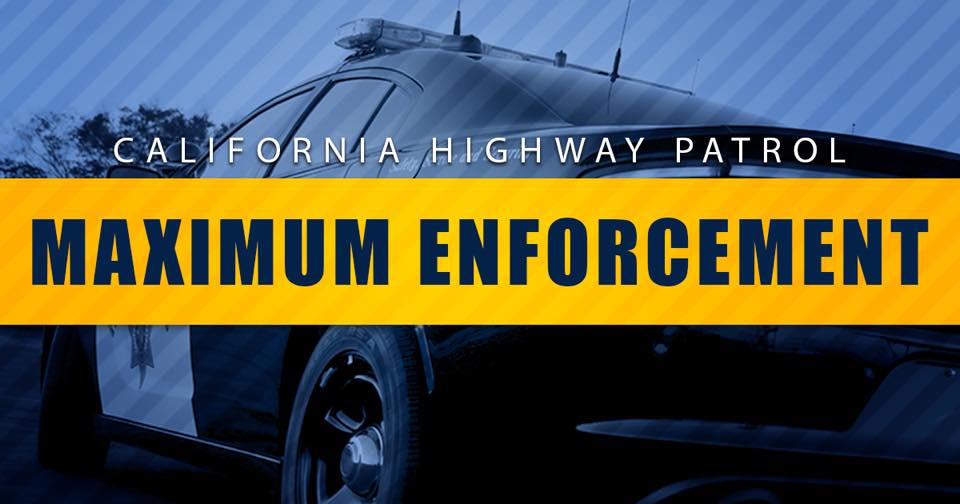 This means planning not to drive impaired or distracted.

All available personnel will be on duty.

The CHP will focus on impaired drivers, but officers will also watch for distracted driving, speeding, and seat belt violations, as well as motorists in need of assistance.

During last year’s New Year’s MEP, 40 people died in collisions on California roadways. Sadly, more than two-thirds of the vehicle occupants killed within CHP jurisdiction were not wearing a seat belt. In addition, CHP officers made 936 arrests for driving under the influence during the New Year’s MEP, which was one day shorter than the upcoming holiday enforcement effort.

“Impairment of any kind while driving is illegal. Alcohol, cannabis, or legal or illegal drugs can all affect your driving,” CHP Commissioner Warren Stanley said. “Impaired driving is a serious crime that can lead to an arrest, serious injury, or death.”

drivers – almost 95 percent – consider driving after drinking alcohol a serious threat to their personal safety. However, 13.5 percent reported driving at least once in the past year when they thought their alcohol levels might have been close to or possibly over the legal limit. More than

90 percent of drivers perceive people driving after using illegal drugs to be a serious threat to their personal safety.

Planning for a safe ride to and from festivities is easy and smart. Numerous alternatives to driving impaired are available, including ride-hailing services, public transportation, or calling a taxi or a sober friend or family member.

The mission of the CHP is to provide the highest level of Safety, Service, and Security.