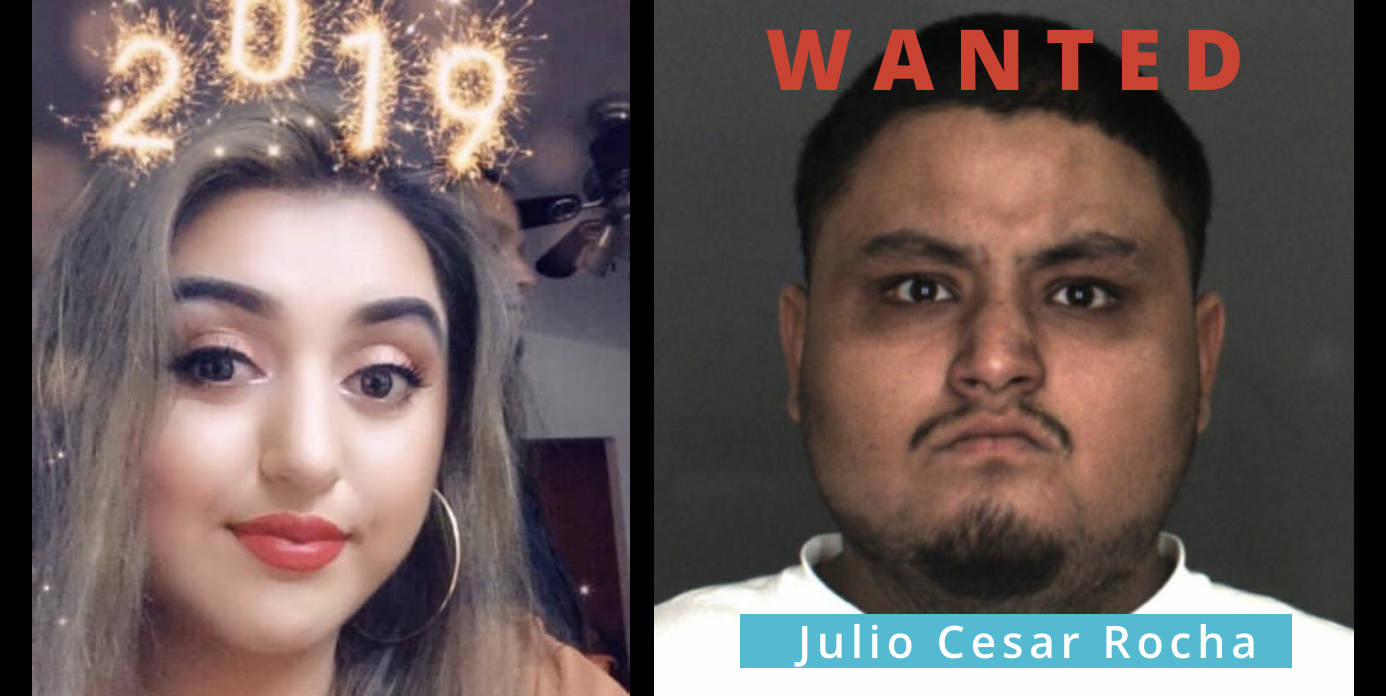 CHINO, Calif. (VVNG.com) — The Chino Police Department is searching for a wanted murder suspect after he shot and killed his ex-girlfriend Thursday afternoon.

Julio Cesar Rocha, 25, of Montclair, was identified as the suspect wanted in the murder of 25-year-old Thalia Flores.

According to Thalia’s family, she had recently ended her relationship with Rocha and she was very worried after learning he was stalking her.

The shooting happened on March 21, 2019, at a Big Lots shopping center in the 12500 of Central Avenue in Montclair.

At about 2:43 pm, Flores and another male companion were in her white 2016 Toyota Corolla when they were both shot by a male suspect, later identified as Rocha.

First responders arrived and Thalia was pronounced deceased at the scene. A male subject who was with the female also suffered a non-life threatening gunshot wound. Police haven’t released details into the shooting.

Rocha fled the scene prior to officers arrival and is on the run. Rocha is 5’11” approx 275lbs, black short hair, brown eyes, and is considered armed and dangerous.