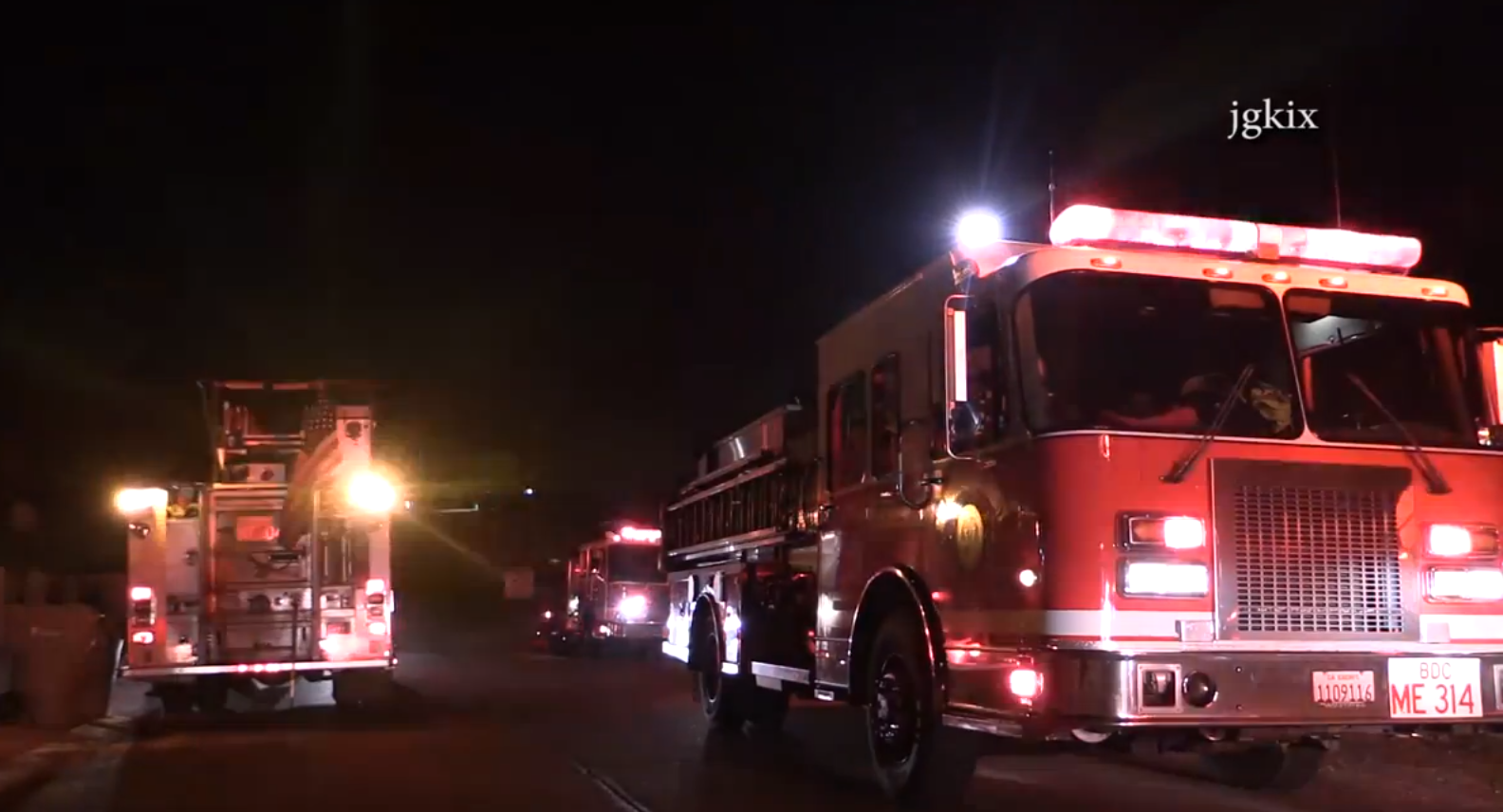 Shortly before 7:30pm, San Bernardino County Fire Department responded to a report of a residential structure fire in the 18100 block of Wisteria Street in the City of Hesperia. The 911 caller advised that the back of a home was burning.

The first engine on scene reported heavy smoke and fire visible from the rear of a single-story, single family residence. Firefighters confirmed that all residents were safely out of the building and began the initial attack phase during which the roof to the rear of the structure collapsed. With renewed effort to contain the blaze to the back of the residence, firefighters were again thwarted as a large section of roof to the front of the home came crashing through the living room. With well over half of the structure violently burning, firefighters were forced into a defensive attack mode ultimately bringing the fire under control in fifty minutes.

Twenty-three firefighters from the County responded from the cities of Hesperia and Victorville including four engines, one truck company, three ambulances, and two chief officers. There were no injuries to firefighters or civilians. The house was a total loss with damage estimated at $225,000.

The cause of the fire was determined to be from wood being burned in a zero-clearance fireplace designed for natural gas only. The residents stated they were attempting to heat the house with the fireplace due to a non-functioning heating system when they noticed smoke billowing into the home from the fireplace itself.

San Bernardino County Fire wants to reinforce the dangers of burning wood in zero-clearance fireplaces. The chimneys installed with gas burning fireplaces cannot handle the high heat produced by wood. The heat easily escapes the thin metal stack and transmits the heat to the wood structure of the home with devastating consequences. For more information on fireplace safety as well as winter safety tips, please visit www.sbcfire.org.