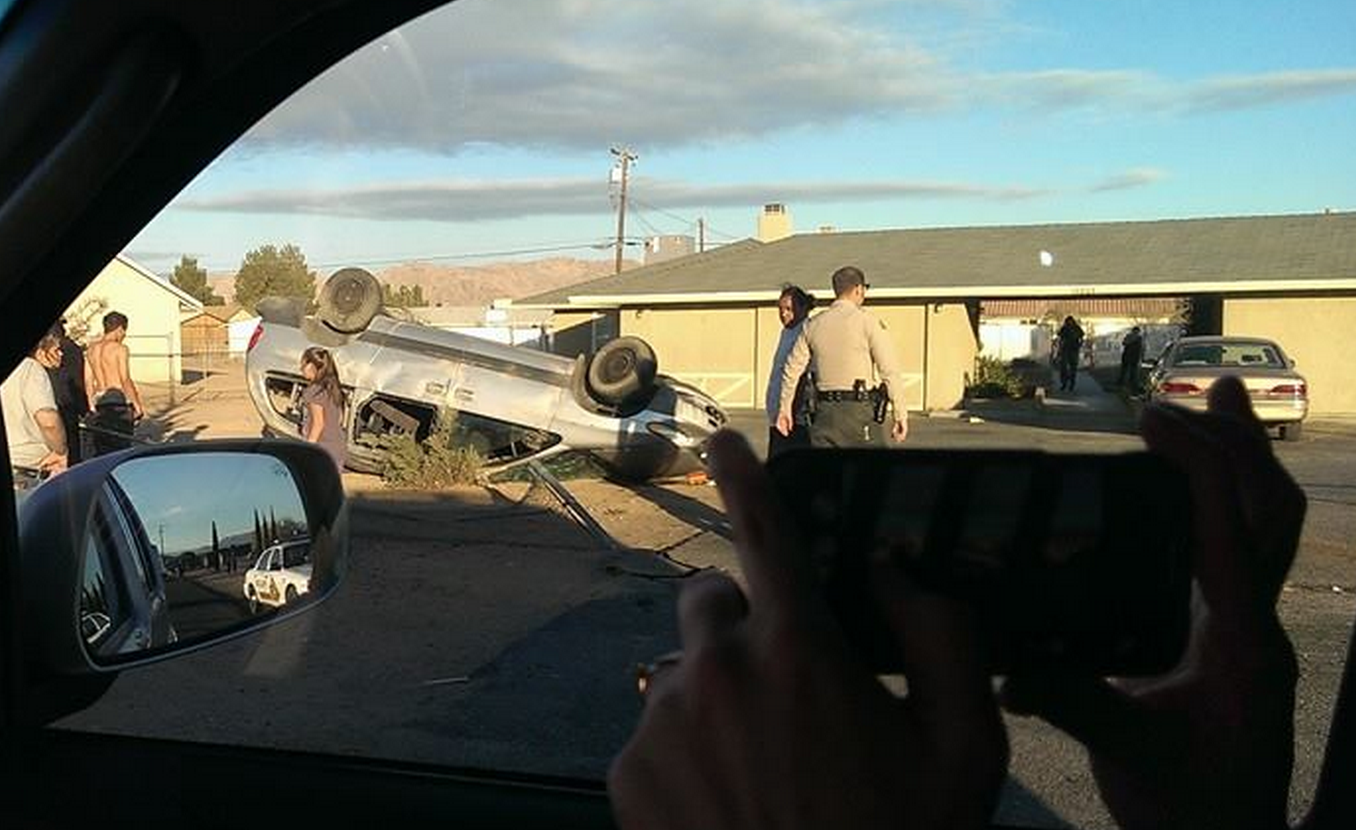 Sheriff’s dispatch received a report of a single vehicle roll over involving children and adults just after 3:45 p.m., on Tuesday, November 19, 2014.

Upon arrival officers discovered the vehicle described as blue/gray in color mini van occupied by five children and two adults.

Through investigation it was discovered the adult male driver was travelling north on Sago Road and lost control of the vehicle. The vehicle rolled once and two unrestrained females ages 7 and 9 were ejected from the vehicle and sustained serious injuries. Three additional juvenile passengers were also injured.

A total of two airships were requested with a designated landing zone set at St Mary’s Hospital. It was determined that three patients would be taken via air ambulance. Amongst those airlifted are the 7 and 9-year-old females and the third patient is described as a 13-year-old male. Two were airlifted to Loma Linda Medical Center and the third was transported to Arrowhead Regional Medical Center. The 6 and 8-year-old female juveniles were transported to Loma Linda University Medical Center by ground ambulance with unknown injuries.The adult driver and passenger were taken by ground ambulance to local area hospitals with unknown injuries.

At this time the condition of the injured is unknown.

The collision is currently under investigation by the Major Accident Investigation Team (MAIT). Anyone with information is encouraged to contact Deputy Jason Grantham at (760)240-7400.