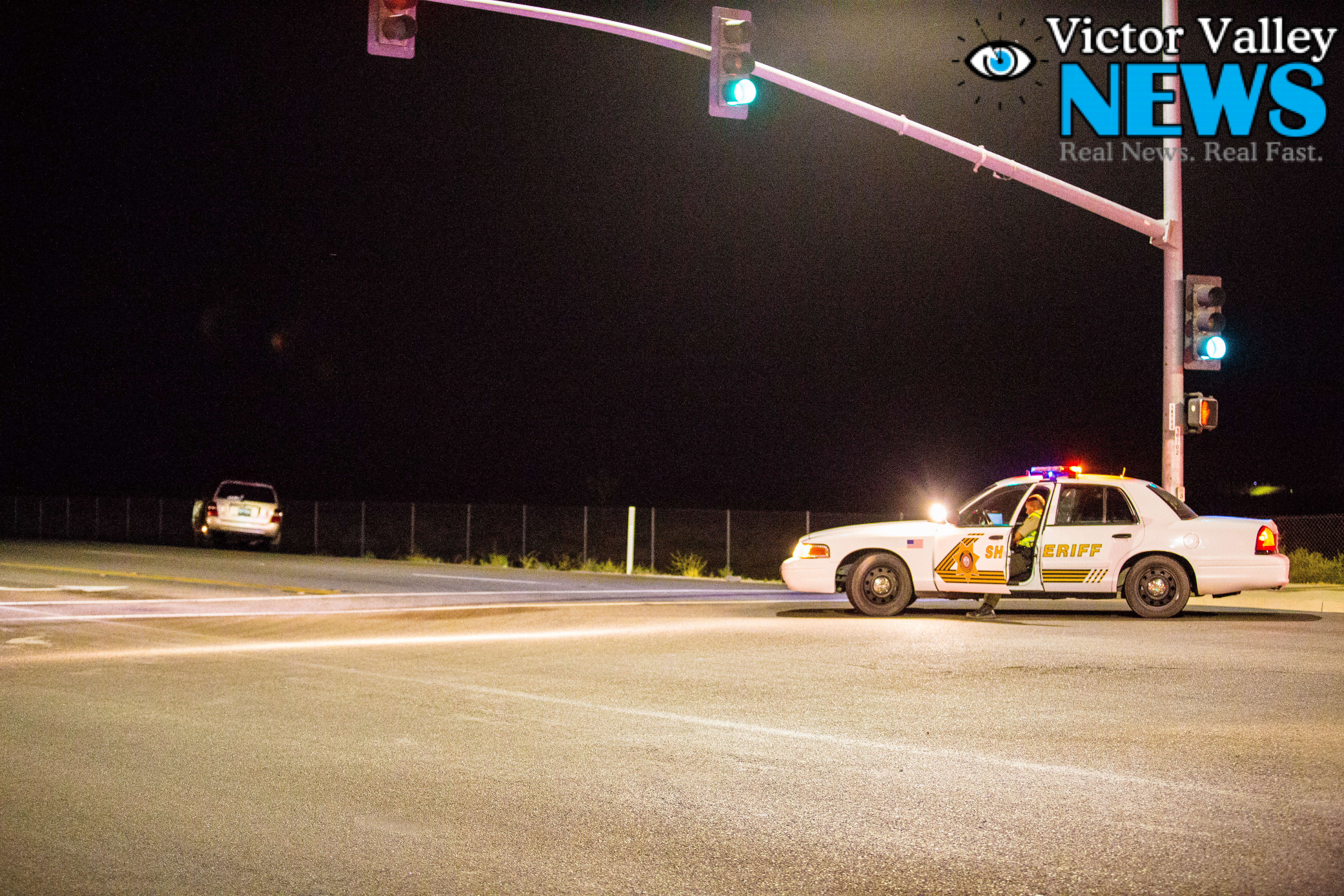 ADELANTO:(VVNG.com)- A large portion of Highway 395 was shut down after a child was struck at a busy intersection.

At 8:25 P.M., on Saturday, June 20th, 2015 Adelanto deputies responded to Chamberlaine Way and U.S. Highway 395 after calls came in that a young female child, possibly 7-years-old, was struck by an SUV.

According to authorities, the child was crossing the roadway when a Toyota Highlander, traveling northbound, had a green light and struck the young pedestrian who was in the crosswalk.

The girl was transported by ground ambulance to Victor Valley Global Medical Center where she is believed to have suffered life threatening injuries.

According to Leilani Hill, who works nearby, she heard a males voice yelling for help and witnessed several people running up to a ditch where the young body came to rest after the impact. The force of the impact caused the child’s body to be thrown about 50 feet from the intersection.

Remnants of the young child’s melted ‘push-pop’ ice cream remained in the intersection along with a shoe.

Another witness stated the parent of the child was just leaving the corner store when the child ran ahead and into the intersection.

The driver of the SUV immediately stopped and fully cooperated with authorities. The driver and occupants of the Highlander, which included several young children, did not sustain any injuries.

Sheriffs said they don’t believe the driver was under the influence. For now, they are simply calling the crash a tragic accident.

A hard road closure was issued on Highway 395 between Bartlett and Auburn Avenue while a thorough investigation is underway. The roadway is expected to re-open at around 1:30 A.M., Sunday morning.