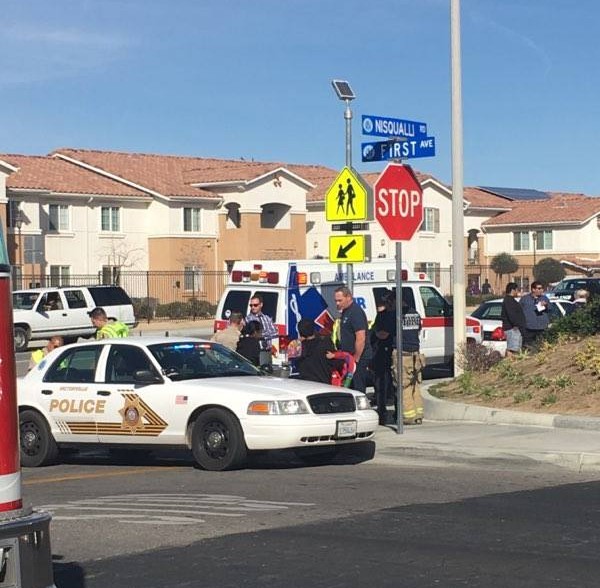 VICTORVILLE:(VVNG.com)- San Bernardino County Sheriff’s dispatch received a report that a small child had been struck by a vehicle in the area of Nisqualli Road and 1st Avenue.

Authorities said, the juvenile is a 5-year-old boy and a student at Galileo Academy located on the 17000 block of Silica Drive.

According to public information officer Mara Rodriguez, the juvenile was in a marked cross walk and attempting to cross Nisqualli Road when he was struck by the vehicle.

The child was reportedly up and walking around after he was struck. “The child sustained minor injuries and was not transported”, stated Rodriguez.

Authorities said, the driver of the vehicle was not speeding at the time of the crash.