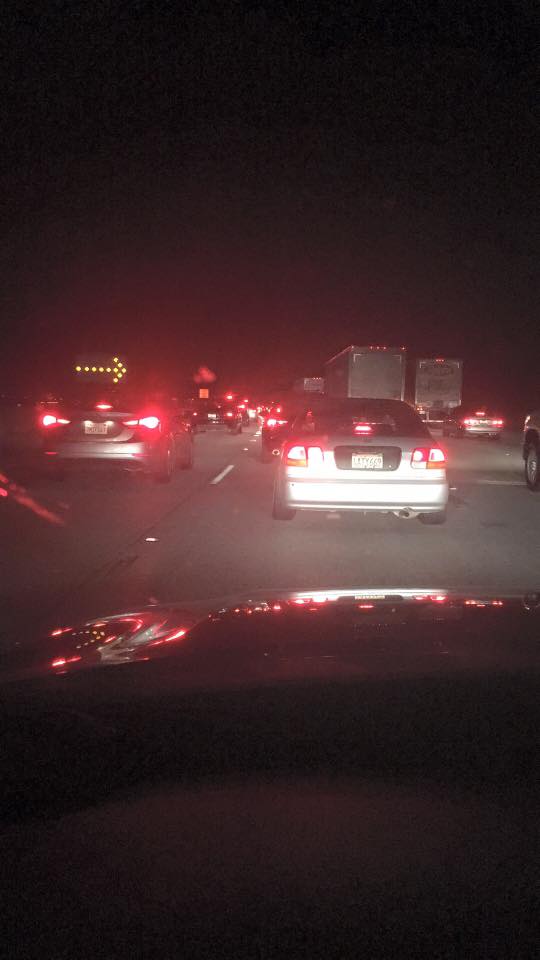 CAJON PASS:(VVNG.com)-  A six-year-old child was seriously injured following a traffic collision on the northbound 15 freeway north of state route 138. The major damage crash with extrication was reported at 10:14 PM, on Wednesday, April 13, 2016.

When San Bernardino County Fire arrived on scene, they determined a total of four patients required medical attention. A six-year-old was described as having the most serious injuries. Due to the child’s injuries an air ambulance was initially requested to transport the patient. Unfortunately, due to weather Mercy 2 and Mercy 22 declined the flight.

According to a witness Diona Marie, the vehicles involved are a red Impala and a green Honda.

“I seen it unfold in my review mirror. Honda was going so slow with hazards on in the truck lane. The other vehicle slammed in the back of the Honda. The other vehicle lost control to the right, then the car bounced back crossing the 2nd and third lanes. God had his hands on my life, my mom’s and my 2-year-old daughter. Prayers to those involved”, said Victor Valley News members Jeni Casillas.