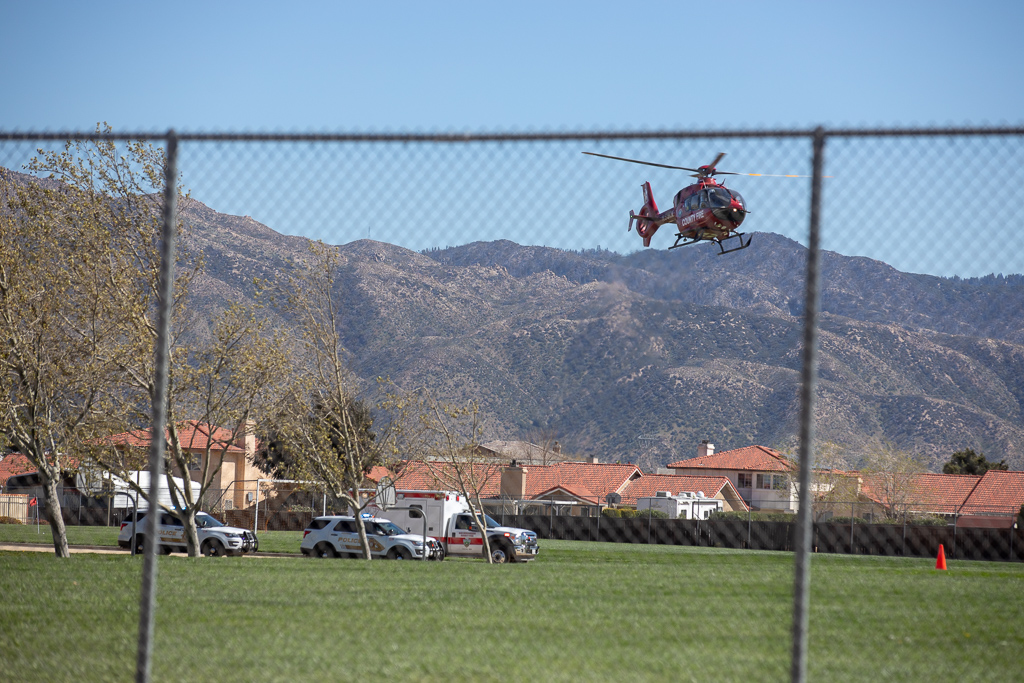 HESPERIA, Calif. (VVNG.com) — A 10-year-old child riding a bike was airlifted after he crashed into a moving school bus Wednesday in Hesperia.

Officer Osegueda with the Victorville CHP told Victor Valley News that the bus was traveling northbound on Peach Avenue and the male juvenile was riding his bicycle east on Fairburn when the collision occurred.

Only eastbound and westbound traffic have stop signs, while the northbound and southbound direction of traffic not.

CHP officials said in a news release, the juvenile failed to stop at the posted stop sign located at the southwest corner of the intersection. “The juvenile proceeded into the intersection at approximately 10 miles per hour when he collided with the left side of the school bus,” stated the release.

School officials requested an additional bus to transport the 37 children who were onboard to their destinations.

San Bernardino County Fire Helicopter H325 landed at Ranchero Middle School to fly the child out to the trauma center.

No students on the school bus were injured. The investigation is ongoing and will be handled by Victorville CHP. Anyone with information is asked to call (760)241-1186.