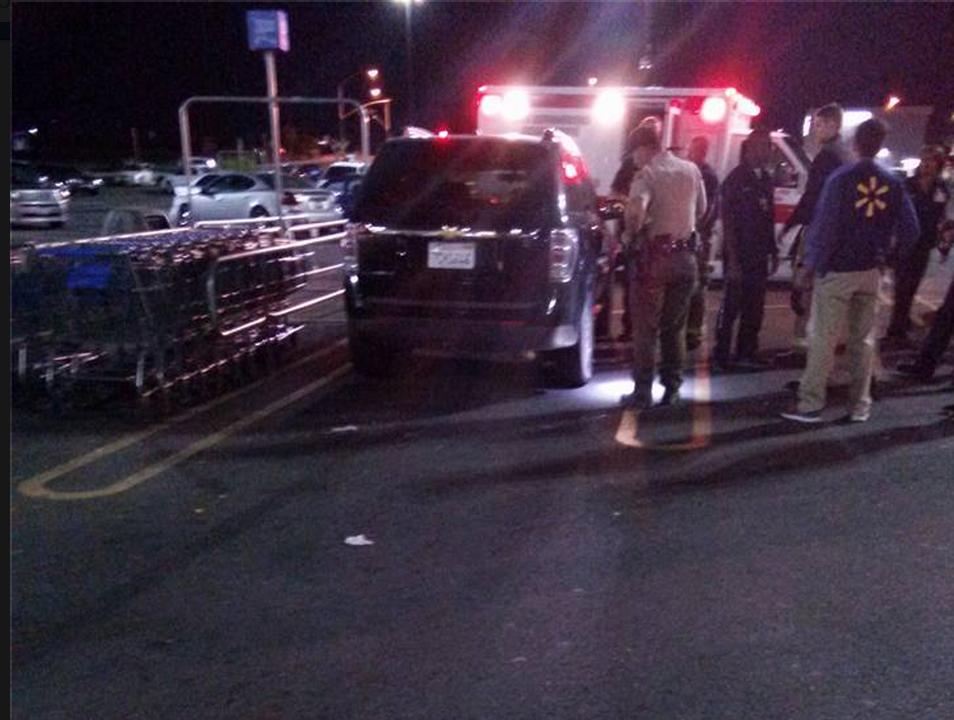 HESPERIA:(VVNG.com) two parents are behind bars and facing child abuse charges after leaving a child in a car for several hours.

In the picture you could see a pregnant mother and father being questioned. The mother, 31-year-old Guillermina Pensado, and father 33-year-old Jonathan Arturo Leal were arrested at the scene.

The parents are believed to have left the small child behind in a black SUV for several hours while they shopped inside Walmart, on the 14300 block of Main Street.

After attempting to reach the parents over the store intercom the San Bernardino Fire Department decided to break the front passenger side window, unlocked the vehicle, and got the baby out.

The child was taken by Child Protective Services, and did not require any medical attention.

Victor Valley News member Deanne Patricia Diaz commented the following, “It’s sick and twisted; people are so horrible. My babies are my life and I couldn’t ever leave them in the car. The baby was horribly sweating.”

Bail was set at $100,000, and both parents are scheduled for arraignment trial at the Victorville court house on Thursday.