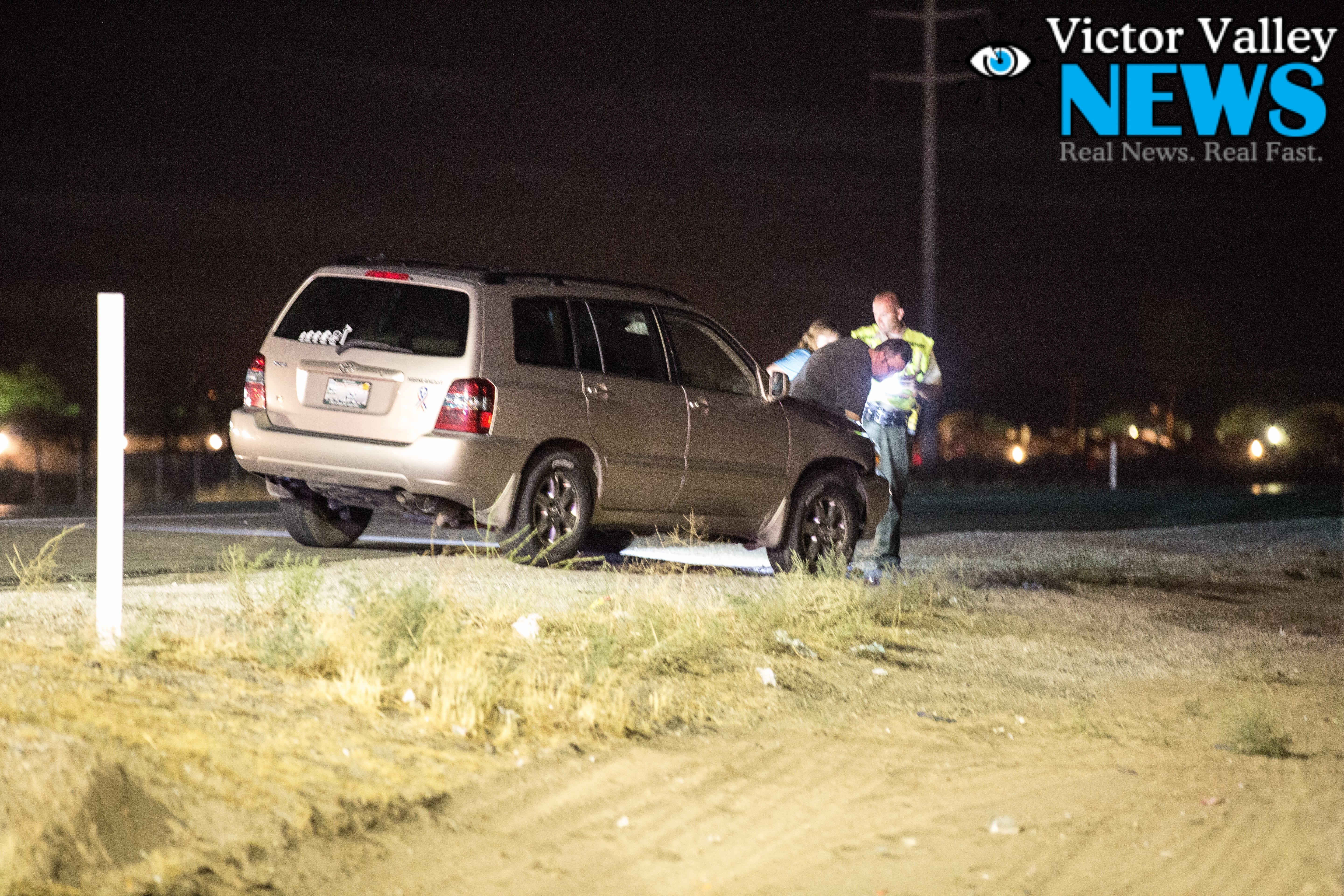 ADELANTO:(VVNG.com)- The San Bernardino Coroner’s Department has released the identity of the child who was fatally injured at an intersection in Adelanto.

The child who was in the cross-walk was struck at 8:25 P.M., on Saturday, June 20th by a Toyota Highlander who was traveling northbound on a green light down US highway 395.

The young female juvenile was ID’ed as Timmyia Caton, a 7-year-old resident of Adelanto. Caton was transported to a local hospital and pronounced deceased at 9:01 P.M., as a result of her injuries.

“My husband was one of the firefighters on scene. His crew is pretty upset and distraught by this awful accident,” stated Victor Valley News Group member Jamie Nelson Lujan… “Please keep the family of this little girl in your prayers, the family in the SUV, and the first responders who did all they could do for this little girl.”

Several witnesses reported seeing the young girl leaving the local convenience store near the intersection of Chamberlaine Way and Highway 395. Witnesses stated the little girl ran ahead of a family member and into the cross-walk where she was then struck by an SUV.

At night, when the temperatures have cooled, this intersection in Adelanto is frequently used by pedestrians, including families who take their young children to buy ice cream and various refreshments from the local convenience stores. Unfortunately, for many who don’t have vehicles, walking across the busy highway is there only option.

A portion of highway 395 was closed for several hours while the San Bernardino Sheriff’s Major Accident Investigation Team (MAIT) thoroughly conducted a review of the incident.

Related Article: Child Struck by Vehicle on Highway 395 in Adelanto