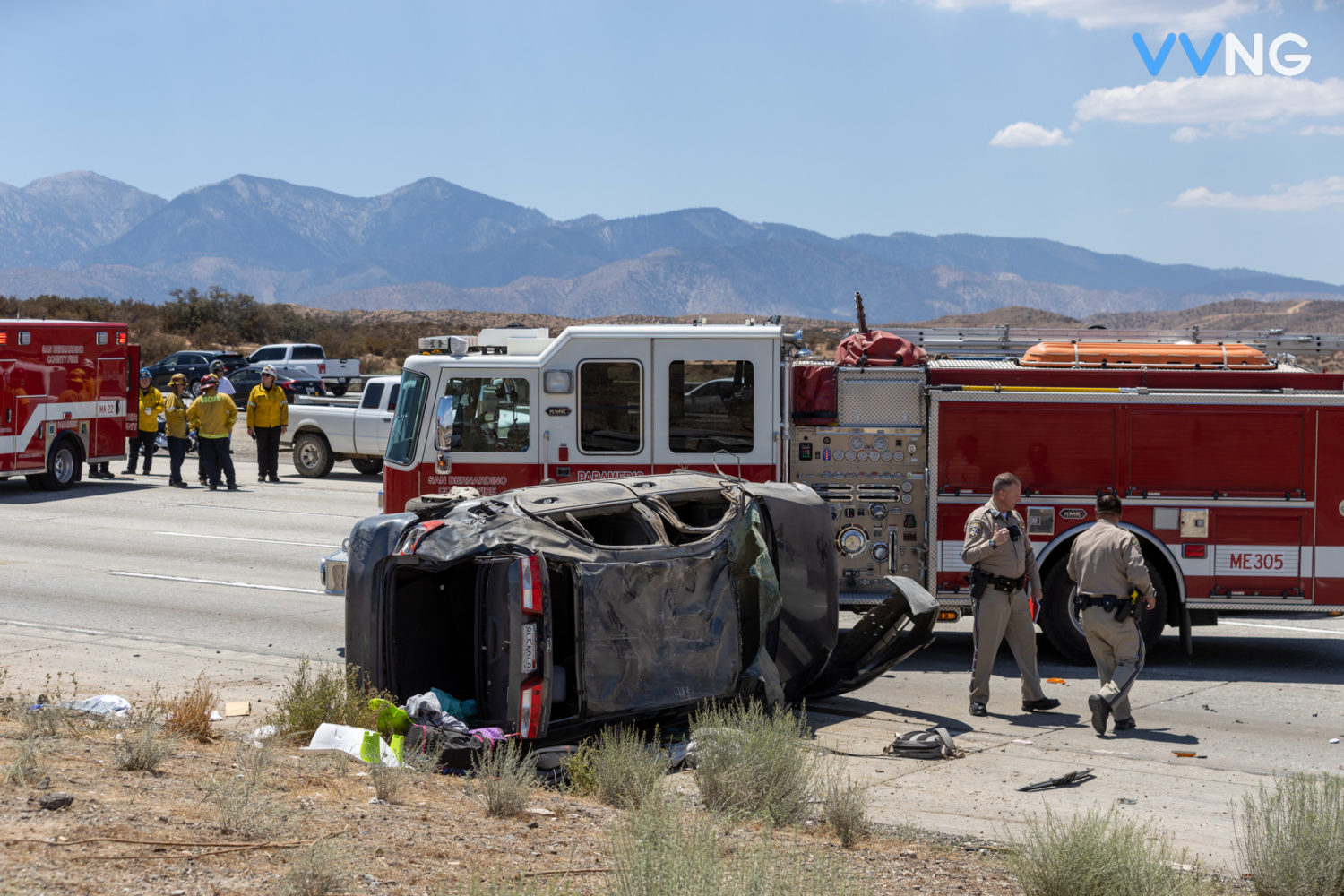 OAK HILLS, Calif. (VVNG.com) — The California Highway Patrol is investigating a rollover crash that left one child dead and another critically injured on Sunday afternoon.

The Honda was occupied by three adults and two children when it rolled multiple times before coming to a stop on its side along the shoulder of the freeway.

A young girl from the vehicle sustained life-threatening injuries and was rushed to a hospital where she was pronounced deceased. San Bernardino County Fire requested two helicopters to airlift a young boy and one adult female with critical injuries to trauma centers. The mother and father of the child were not injured in the crash.

The driver of a semi stopped at the scene and cooperated with CHP officers. He was not injured.

Traffic on the northbound I-15 was shut down for approximately 45 minutes while the patients were loaded into the helicopters that landed on the freeway. All lanes were reopened by 3:33 pm.

The official cause of the accident is under investigation by the San Bernardino CHP Station. Additional information will be updated as it becomes available.