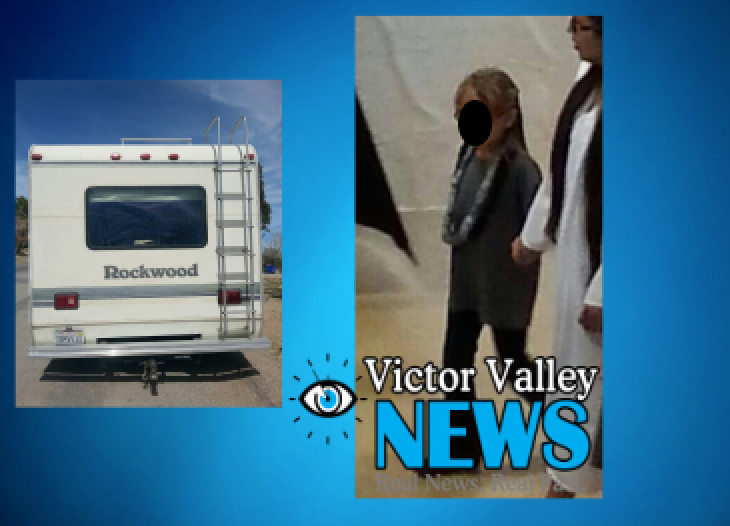 UPDATE 6/9 @ 2:15 PM– The female juvenile has been safely located by authorities.

APPLE VALLEY-(VVNG.com): At approximately 11:30 a.m., on Tuesday, June 9th a child attending a kindergarten graduation was kidnapped by a non-custodial father. The kidnapping took place at the Lewis Center, located at 17500 Mana Road in Apple Valley.

Per scanner traffic, Sheriff’s deputies are looking for an older Rockwood Motorhome that is tan in color with a license plate of #3BMV530. The white male adult was wearing a red shirt and has tattoos on his arms. The child is described at this time, only as a white female. According to scanner reports the vehicle could not have got very far due to it’s poor running condition.

Authorities do not believe the child is in danger. Air units are assisting in the search, and have followed up on several unsubstantiated reports. Anyone that has any information or believes they have seen this vehicle, the man or the child are asked to call 911 or the San Bernardino County Sheriff’s Department, Victor Valley Station at (760) 552-6800.