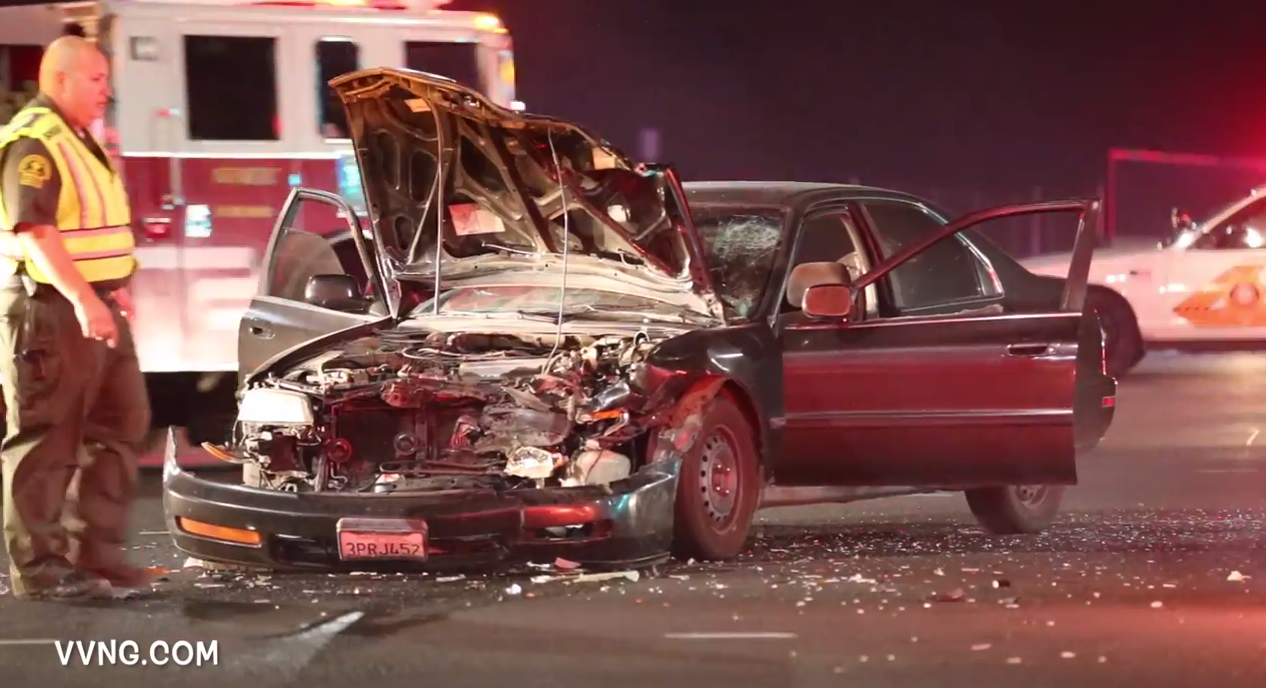 VICTORVILLE:(VVNG.com)- A child was airlifted to an out-of-area trauma hospital after sustaining major injuries in a traffic accident.

According to a witness, a four-door Honda Civic was traveling westbound over the Nisqualli/La Mesa overpass when for unknown reasons the driver failed to stop at the red light. A Ford Flex traveling eastbound on La Mesa Road was attempting to make a left hand turn on a green light onto Amargosa Road. The two vehicles collided head on in the intersection. The Impact sent the Ford Flex spiraling back onto La Mesa.

Mercy Air was requested to transport the child described as a 10-year-old female to Loma Linda Medical Center. The designated landing zone was on the baseball field at Liberty Park. At this time her condition is unknown.

The driver of the Ford was shook-up up but did not require medical attention. More information will be updated as details are made available.