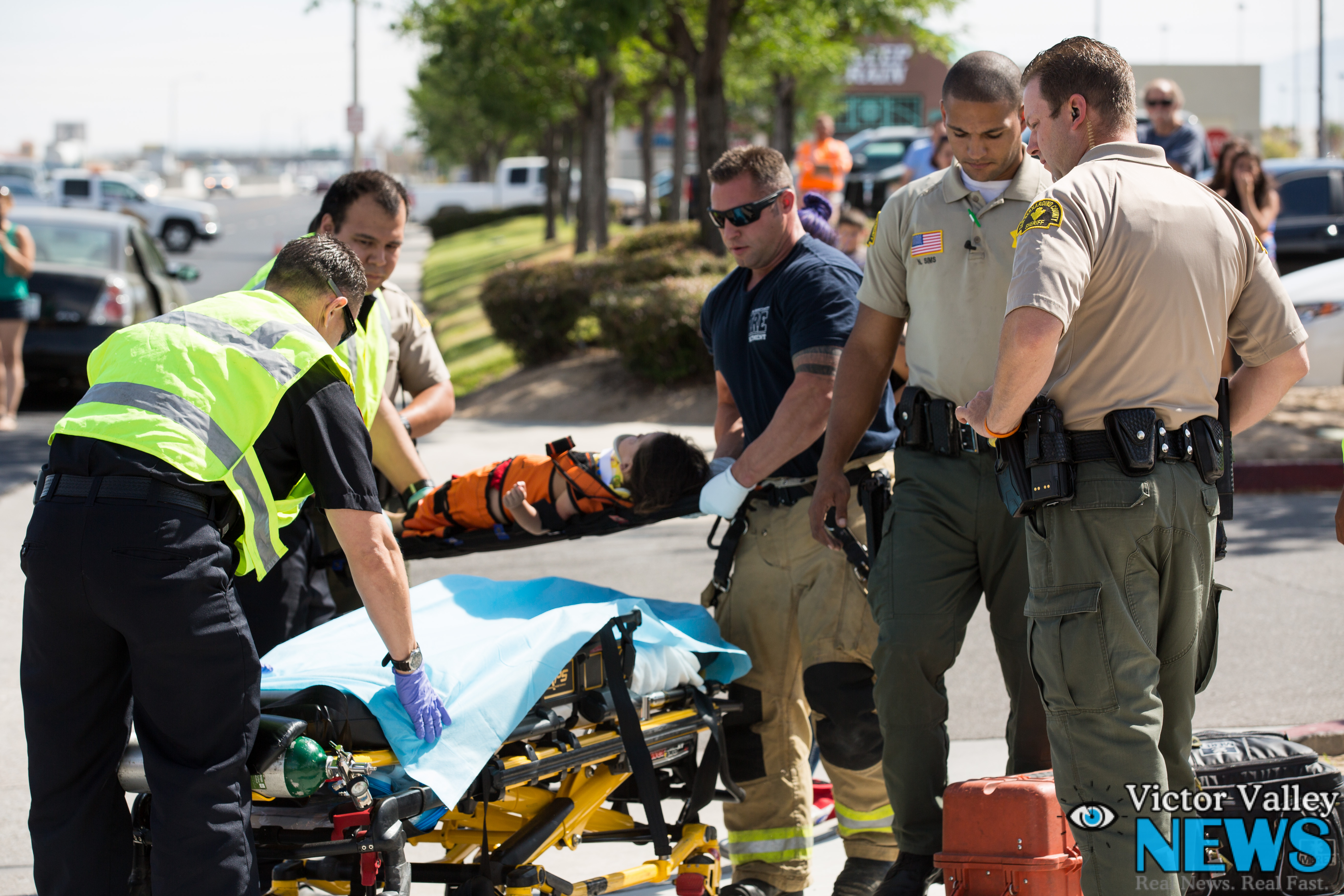 VICTORVILLE:(VVNG.com)- A small child was ejected from a vehicle involved in a crash on Friday afternoon.

At about 3:40 PM., on June 10th, dispatch received a report of a two vehicle traffic collision on Amargosa Road and King Ranch Road in Victorville. The vehicles involved in the crash are a black Nissan Altima and a gold colored Mazda MPV minivan.

Upon arrival, first responders located a 2-year-old girl on the sidewalk with blood coming from her face.

Authorities said the Nissan was traveling southbound on Amargosa Road and the minivan was attempting to exit the Office Depot/Bank of America shopping center when the two vehicles collided.

According to Victorville Sheriff’s Station deputy Dean, the child in the minivan was ejected during the crash. The child is being airlifted to Loma Linda Medical Center with unknown injuries. No other injuries were reported as a result of the crash.

Amargosa Road remains shut down in both directions while authorities investigate the scene. Motorist are being detoured through the nearby shopping center parking lots.

At this time, the official cause of the accident remains under investigation. More information will be updated as it becomes available.

For the latest news in real-time join our Facebook group with over 65,000 members: Victor Valley News 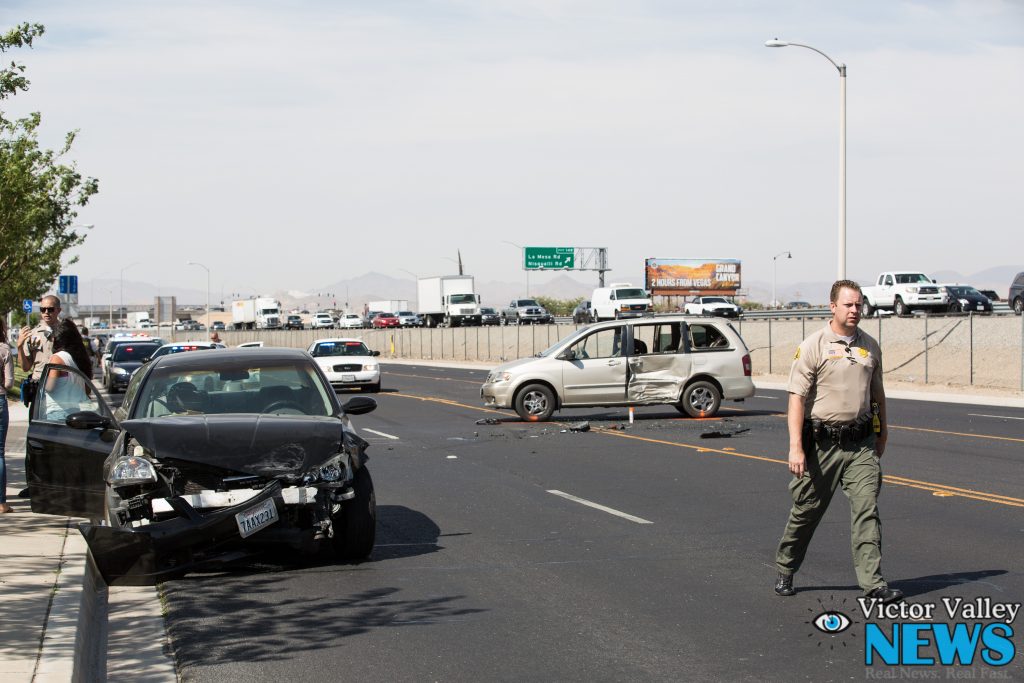 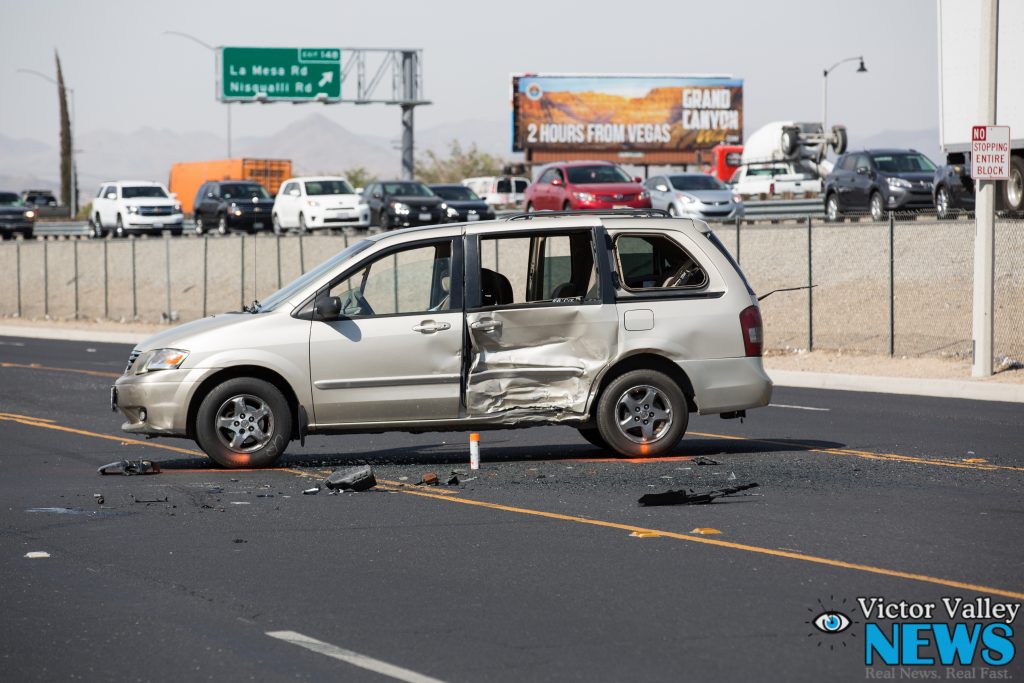 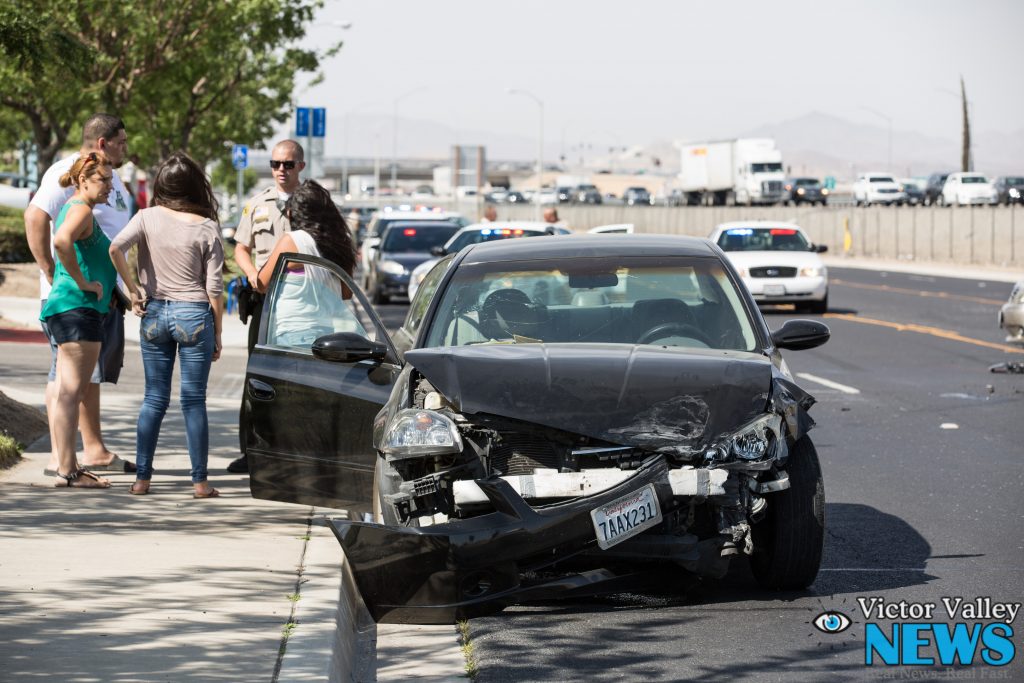