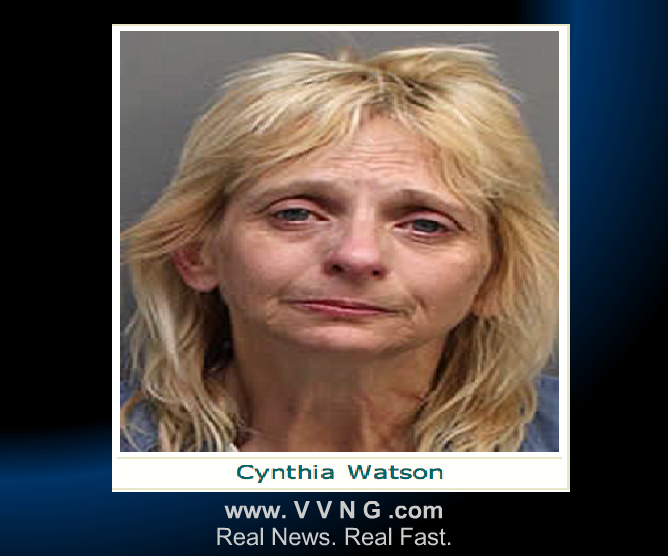 [googlemap src=”” align=”alignright” ]On Monday, June 30, 2014, around 10:00 AM, deputies responded to a child endangerment call in the 31000 block of Pine Street , in Garner Valley. The reporting party advised she tried to put her two-year-old daughter to bed the previous evening but she would not fall asleep. Her daughter was talking rapidly, scratching her skin, could not sit still and was very agitated. Thinking there might be some medical issue with her daughter, the reporting party took her to a local hospital to be examined. Over the course of the evening, the examination revealed the child tested positive for methamphetamine in her system.

Through the course of the investigation, deputies learned that the child’s grandmother, Cynthia Watson (51 years old from Aloha Oregon), was staying at the Pine Street address with the family. Deputies discovered that Watson had made a cup of tea the night before and placed methamphetamine in the tea to get herself high. At some point the cup of methamphetamine-laced tea was left unattended on a counter, when the two-year-old victim took the cup and drank some of the contents.

Watson was arrested for felony child endangerment and possession of methamphetamine. Watson was booked at the Larry D. Smith Correctional Facility, with a bail of $35,000.00. The two year old victim was released from the hospital and is expected to make a full recovery.