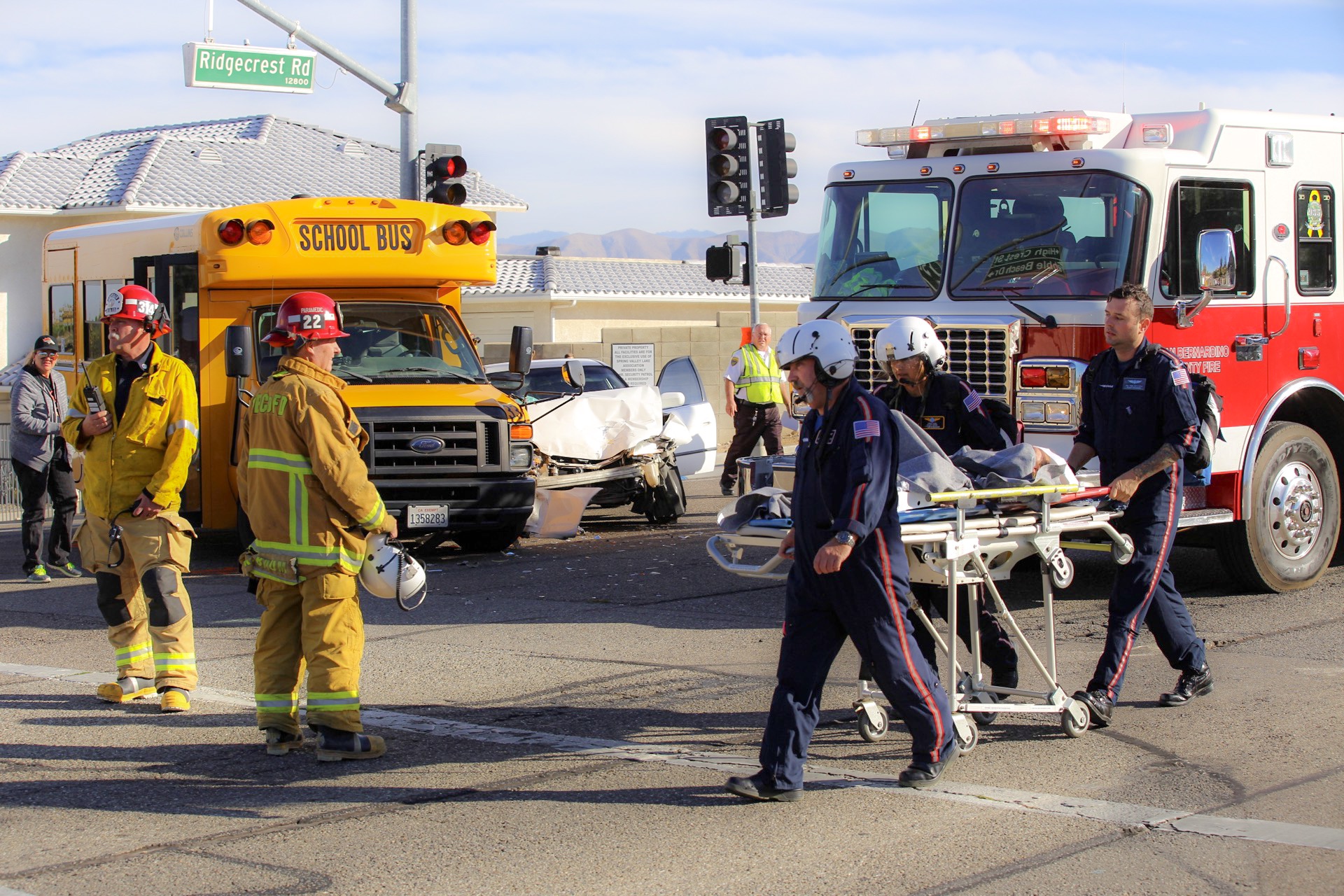 On October 31st at about 2:57 p.m. dispatch received reports of a traffic collision on Ridgecrest Road and Pebble Beach Drive in Victorville.

A white Honda Accord and a Victor Valley Union High School bus carrying children from Endeavour School of Exploration were involved in the collision.

According to Battalion Chief Bill Mahon, there were no injuries to the two children or the driver on the school bus and there were two injuries in the automobile.

“The minor in the vehicle was classified as “immediate,” her injuries were serious enough that the on-scene paramedics would like to fly her out to Loma Linda University Medical Center,” stated Mahon.

“The female driver of the Honda was transported to Desert Valley Hospital with unknown injuries.”

The third child in the vehicle was picked up by her mother at the scene.

Based on preliminary reports, the bus was traveling westbound on Pebble Beach Drive and the Honda was going northbound on Ridgecrest Road.

“According to witnesses at the scene the bus had a green light,” stated Officer Rodriguez with the California High Patrol. “Neither drugs or alcohol appear to be a factor in the collision.”

The official cause of the accident is currently under investigation by the CHP Victorville office. 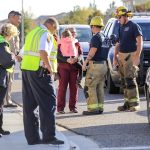 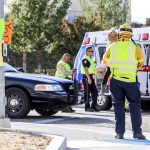 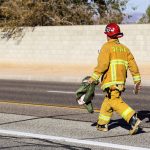