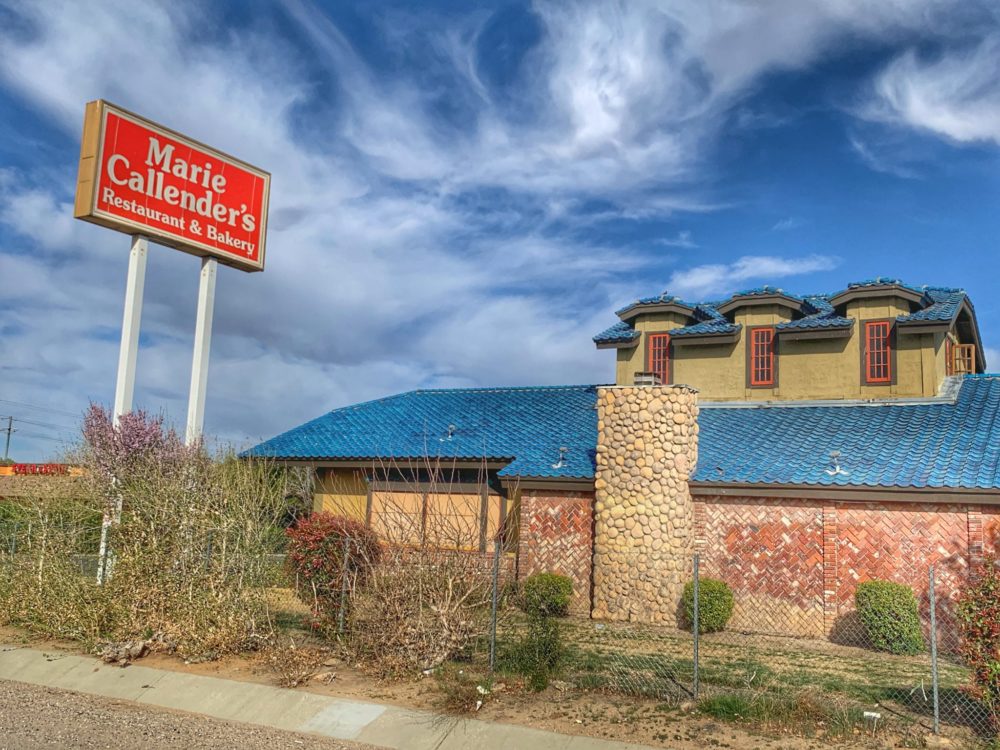 VICTORVILLE, Calif. (VVNG.com) — In order to enhance visibility and provide a fair chance at earning customers, Chick-fil-A filed a request for a taller sign at the new proposed Victorville location.

On February 5th, the City of Victorville announced Chick-fil-A received approval by the Planning Commission of their Site Plan to construct an approximate 5,000 square foot restaurant.

The applicant is now requesting a Variance to construct a 60-foot tall sign as part of the development that’s expected to break ground this year.

The existing 40-foot tall sign is expected to be demolished, along with the existing 10,846-square-foot Marie Callender’s building that shuttered in August 2019 after filing bankruptcy.

Although the City permits only a maximum 40-foot tall sign by right for Commercial parcels abutting Interstate 15, the Planning Commission has the authority to grant Variance requests if required Municipal Code findings are met, a staff analysis stated.

Sightline obstructions caused by Bear Valley Road overpass and neighboring mature trees are the basis for the applicant’s request.

“The orientation of the site relative to the freeway overpass creates a disadvantage to Chick-fil-A over the other businesses like McDonald’s who are closer to the exit and positioned where the overpass does not hinder sign visibility,” the report stated.

The 60-foot sign will be built in the northwest corner of the site to prevent visual clutter, and contribute to the quality and ambiance of the streetscape.

It will include an aluminum cabinet and pole frame with a brick veneer base to match the building design, according to documents.

The sign is further enhanced with opaque backgrounds, allowing only the illumination of the Chick-fil-A logo at night.

The applicant stated this will enable Chick-fil-A to “have a fair chance at gaining customers exiting the northbound 15 freeway at Bear Valley Road.

This application will be heard at the Planning Commission’s March 11, 2020 meeting.

Related Topics:Chick-fil-A Victorville
Up Next