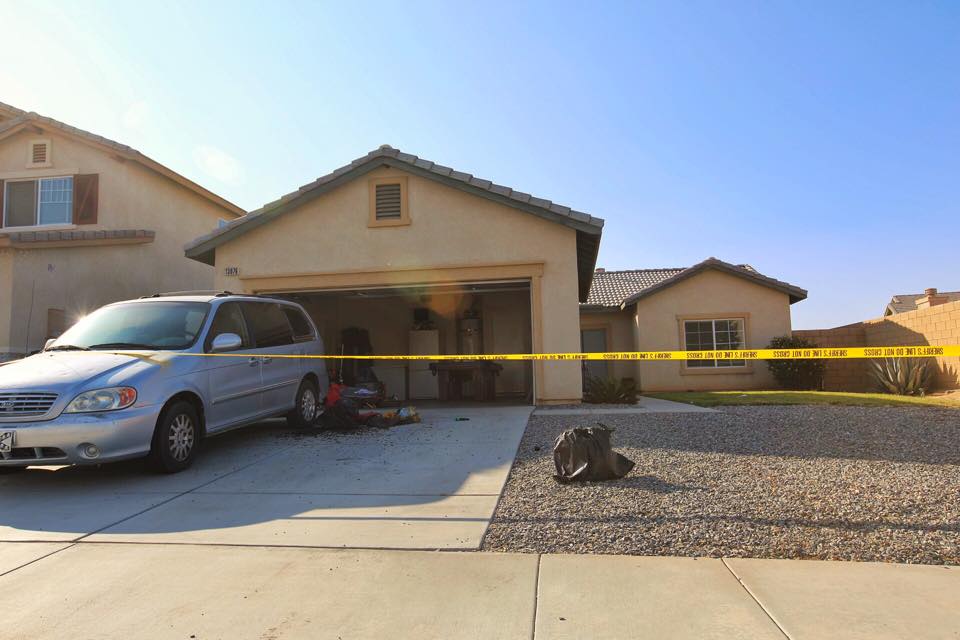 VICTORVILLE-(VVNG.com): Over the weekend authorities discovered chemicals used to create the drug PCP at a Victorville residence.

On Saturday, August 22, 2015 at approximately 1:00 P.M., dispatch received reports of a strong “chemical smell” coming from a van parked in a driveway along a home on the 13000 block of Glendale Place.

Due to the strong odor, San Bernardino County Fire as well as a hazmat team responded to the incident location.

According to witness reports, after gathering at a command post and strategizing a plan two firefighters cautiously approached the van. They shattered a rear driver side window and collected several large gas cans and black garbage bags from inside the vehicle.

After retrieving the contents officials tested the chemicals at the command post and determined them to be Phencyclidine. A chemical used to create the street drug known as PCP.

At about 4:00 p.m., Hazmat completed their investigation.  That’s when the San Bernardino Narcotics Division Team responded to take over the investigation.

According to neighbors, earlier in the day police responded to the residence following reports of a domestic dispute. “The wife was taken into jail for the domestic abuse,” stated an witness who wished to remain anonymous.

Authorities are unable to comment if any arrest have been made.

Victor Valley News has no other information at this time. When we receive more information, we will provide an update.