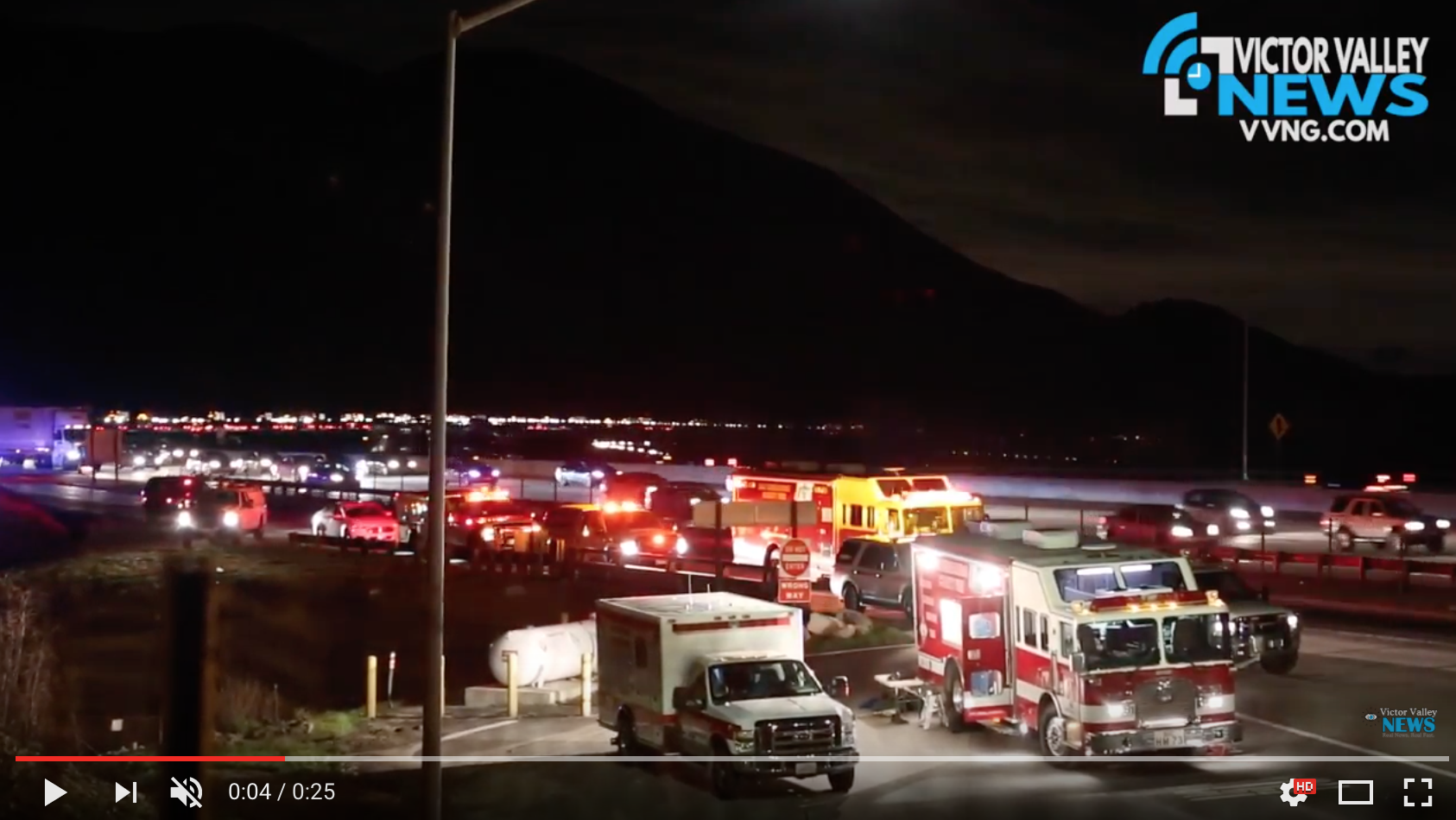 The leak was first noticed at about 4:00 p.m. when a semi truck entered the scales on the northbound I-15 freeway located just south of Highway 138.

The California Highway Patrol requested County Fire to respond to the incident.

According to CHP logs, the spilled substance was described as “hypo chloride” However, Eric Sherwin said the leaked material had not been “definitely identified”.

The leak was stopped at about 6:30 p.m. “The contents of the drum have been placed in a proper container so there is no further threat of the leak,” stated Sherwin.

No injuries or complaint of ill effects were reported as a result of the leak.