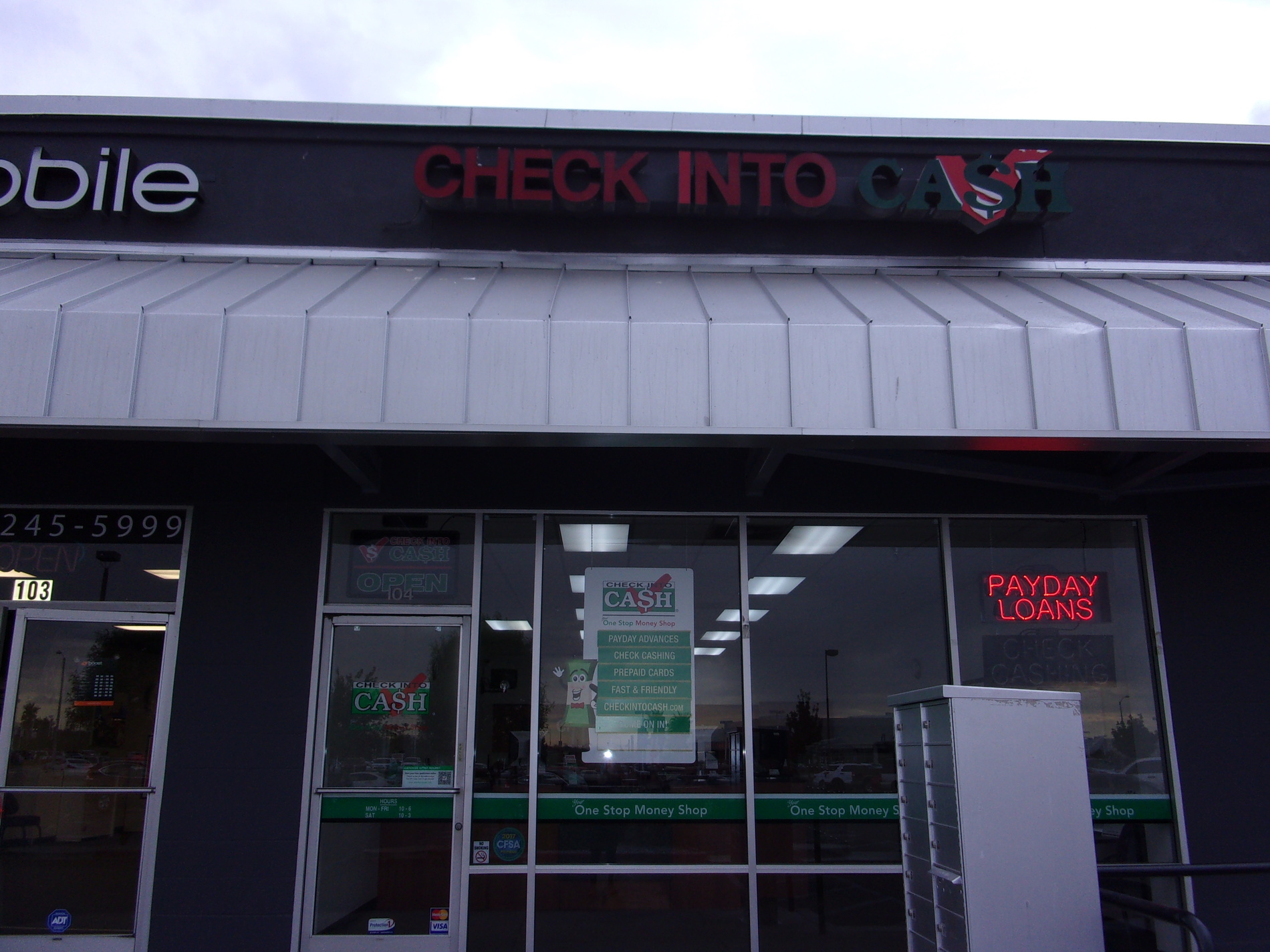 VICTORVILLE, Calif. (VVNG.com) — Police are searching for a couple of suspects wanted in connection with an armed robbery that occurred during broad daylight at the Check Into Cash in Victorville.

According to a sheriff’s news release, after obtaining the cash the two fled from the location in a waiting vehicle, possibly driven by a third unknown person.

There were no injuries during the incident.

An extensive search was conducted, with assistance from Sheriff’s Aviation Division, but the suspects remain at large.

The two suspects are described as black males, in their 20’s. One suspect was wearing a red sweater, the other was wearing a black sweater and had a backpack, both were wearing masks to conceal their identity.

**Correction** The article previously stated the robbery occurred at Check N Go on La Paz. However, the incident occurred across the street at the Check into Cash on Valley Center Drive.