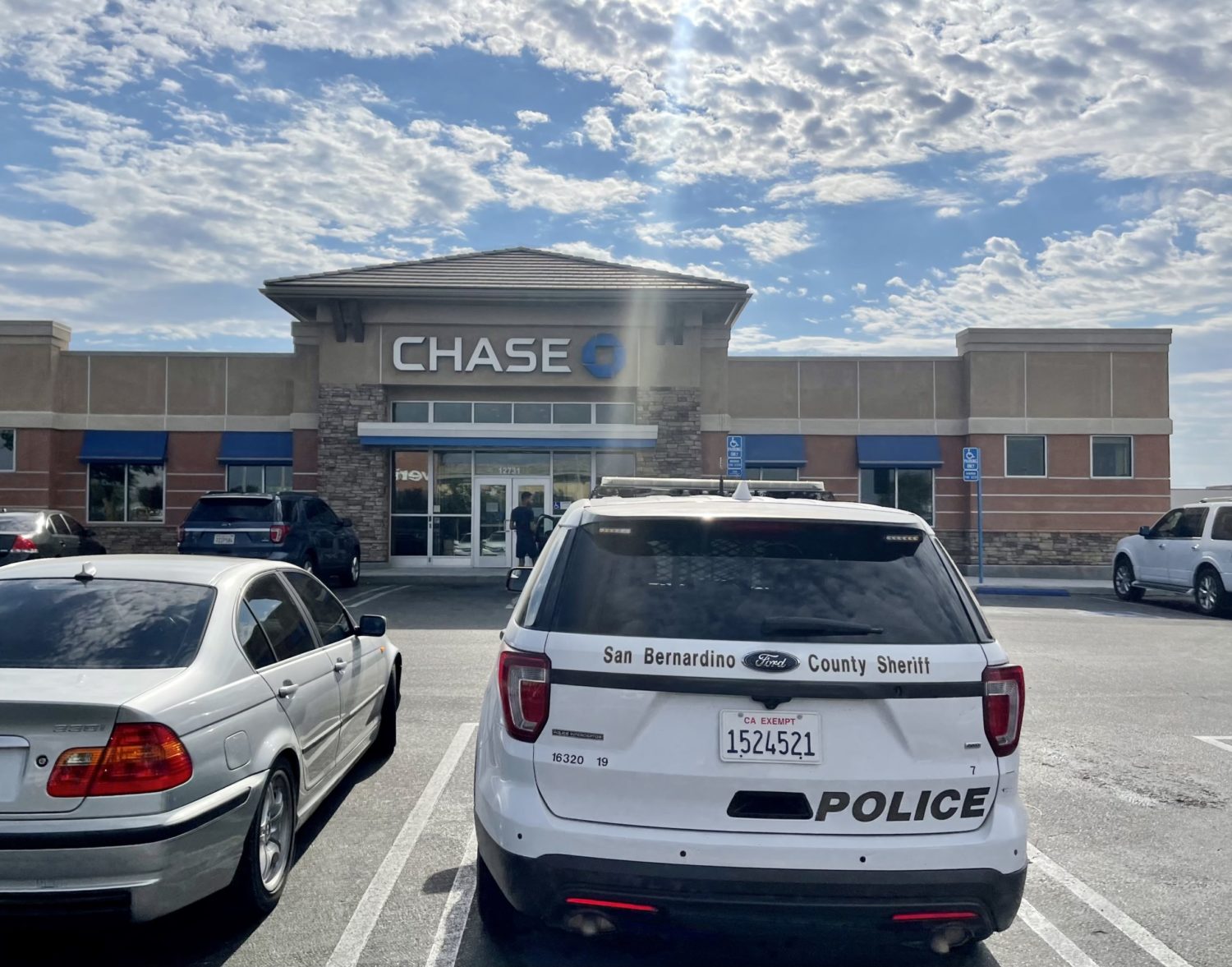 HESPERIA, Calif. (VVNG.com) — A man claiming to be armed pulled off a bank robbery in Hesperia Tuesday afternoon, VVNG has learned.

The man hit the Chase Bank at 12731 Main St. around 4 .pm., on June 29th passing the teller a note saying he was armed and demanding money, sources said.

The teller handed over an undisclosed amount of cash and the robber fled, according to a source who told VVNG.

No one was hurt and it’s unclear if any arrests have been made.

Representatives for the bank, which was closed during the investigation Tuesday afternoon, were not available for comment.

15 freeway in Hesperia reopens after jumper safely talked down

Person airlifted after vehicle crashes into a structure in Apple Valley